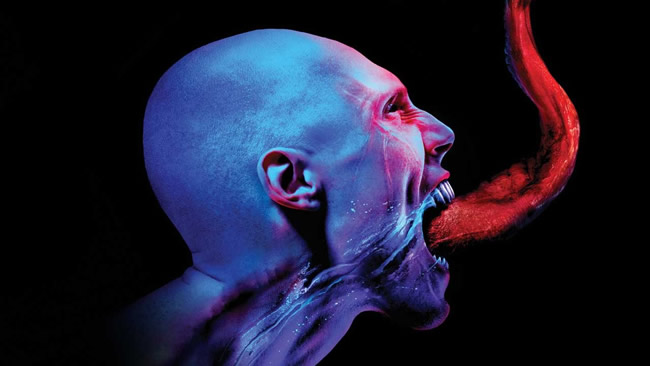 It was announced today that FX’s vampire hit The Strain will return for a fourth and what will be the show’s final season. The show, which has become a favorite amongst horror fans, is based on the best-selling trilogy by Guillermo del Toro and Chuck Hogan, who along with Carlton Cuse make up the series’ creative team.

Currently airing its third season, The Strain was apparently only intended for a three to five season run according to del Toro’s comments to Deadline Hollywood back in September of 2012. Today after the announcement Cuse stated, “Our original plan was for the series to last three years.”  He went on to add “once we began telling that story it expanded to be more. After finishing the writing on Season 3, Guillermo, Chuck and I looked at our remaining story and felt the best version could be told in one more season.”

For fans of the show, this may leave them with mixed emotions.  While creators being able to dictate their own timetable on a series is not usually the case, there is something to be said for a show going out on an artistic high.  Yes, horror fans will undoubtedly miss the storytelling and gore of The Strain. However, if we look at some other recently canceled, more macabre TV series like Hannibal and Penny Dreadful, both went out leaving fans wanting more, not losing interest.  The Strain, I believe, falls into the same category of a show just incredibly well done, with exceptional acting and writing. With that said, 2017 will see the last of Eph, Abraham, Fet, and all the nasty strigoi.  Only time will tell if the last season will live up to the previous and leave the fans blood-thirsty for more.