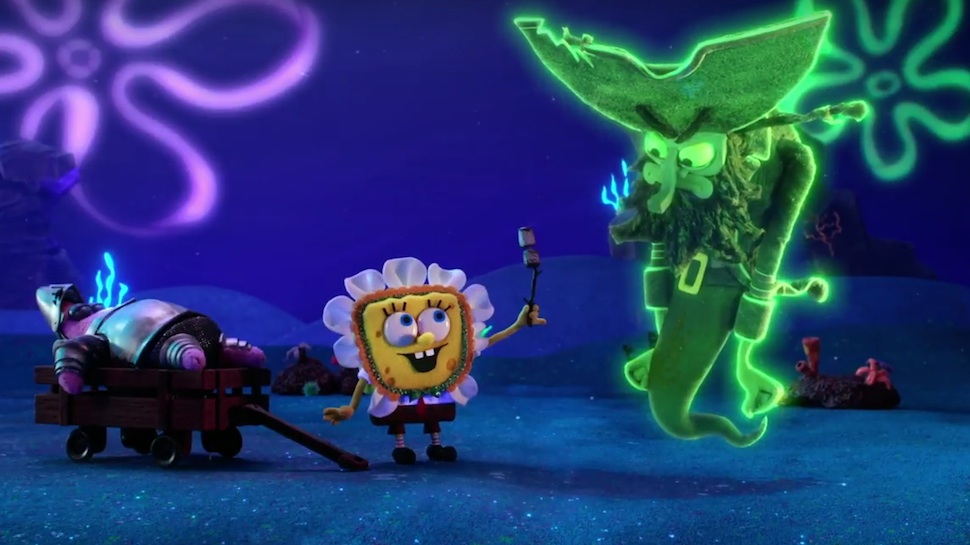 Back in July, Horror News Network reported on the upcoming SpongeBob SquarePants Halloween Special entitled The Legend of Boo-Kini Bottom.

Now we have a full trailer to share with you!

The stop motion animation special will air on Friday, October 13th at 7:00 on Nickelodeon.  As we stated in July,  “According to the official press release, “The production features 27 unique sets, across five stages, where 15 boxes of breakfast cereal were used to create texture on Bikini Bottom’s coral reefs; eight pounds of glitter were used to decorate SpongeBob’s Halloween pineapple house; hundreds of popsicle sticks created the planks of the rollercoaster track that Patrick and SpongeBob ride; and “black lights” were used to create a fluorescent glow across the puppets and sets.”  The special also features the return of the ghostly Flying Dutchman.”

Boo-Kini Bottom was written by Mr. Lawrence (the voice of SpongeBob’s nemesis Plankton),directed by Mark Caballero and Seamus Walsh, and produced by Chris Finnegan of Screen Novelties.

Remember that “This isn’t the first time that Spongebob has received the stop-motion treatment.  In 2012, Screen Novelties produced the fan-favorite SpongeBob SquarePants: It’s a SpongeBob Christmas!”

Enjoy the trailer below and keep coming back to Horror News Network for all of you Halloween-themed needs. 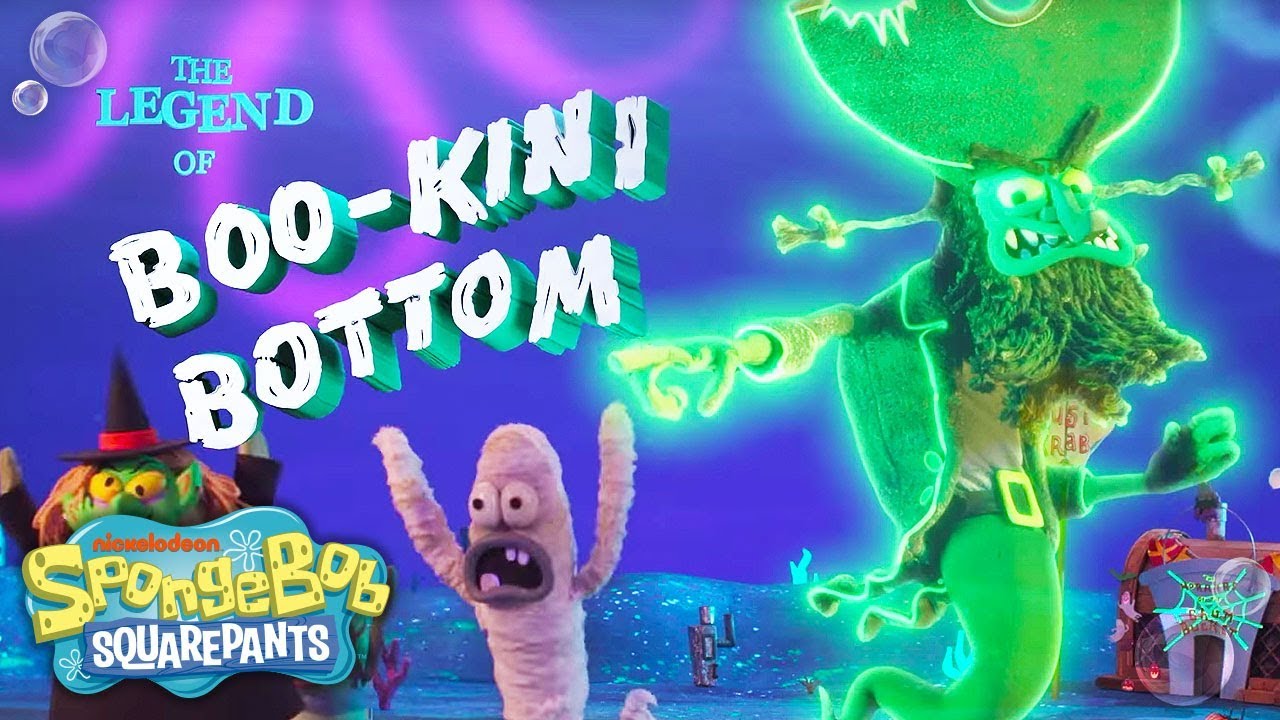 Nickelodeon Renews ‘Are You Afraid of the Dark?’ for Second Season

‘Are You Afraid of the Dark’ Scene Premiers Ahead of Release