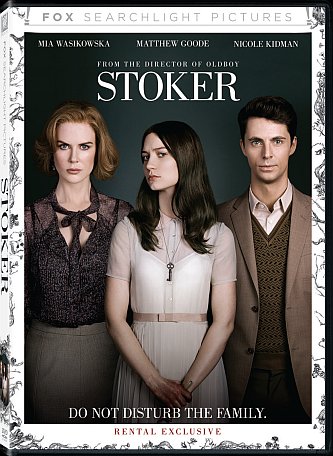 Synopsis;
"Following the tragic death of her father on her eighteenth birthday, India Stoker (Wasikowska) meets Charlie (Goode), her charismatic uncle, whom she never knew existed. When Charlie moves in with India and her unstable mother (Kidman), both are drawn to his charming and calming demeanor. But it soon becomes clear that Charlie’s arrival was no coincidence, and that the shocking secrets of his past could affect India’s future…or shatter it."