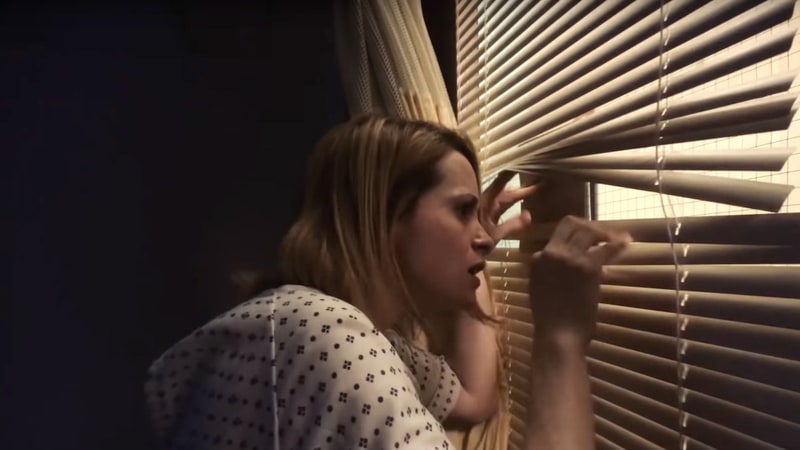 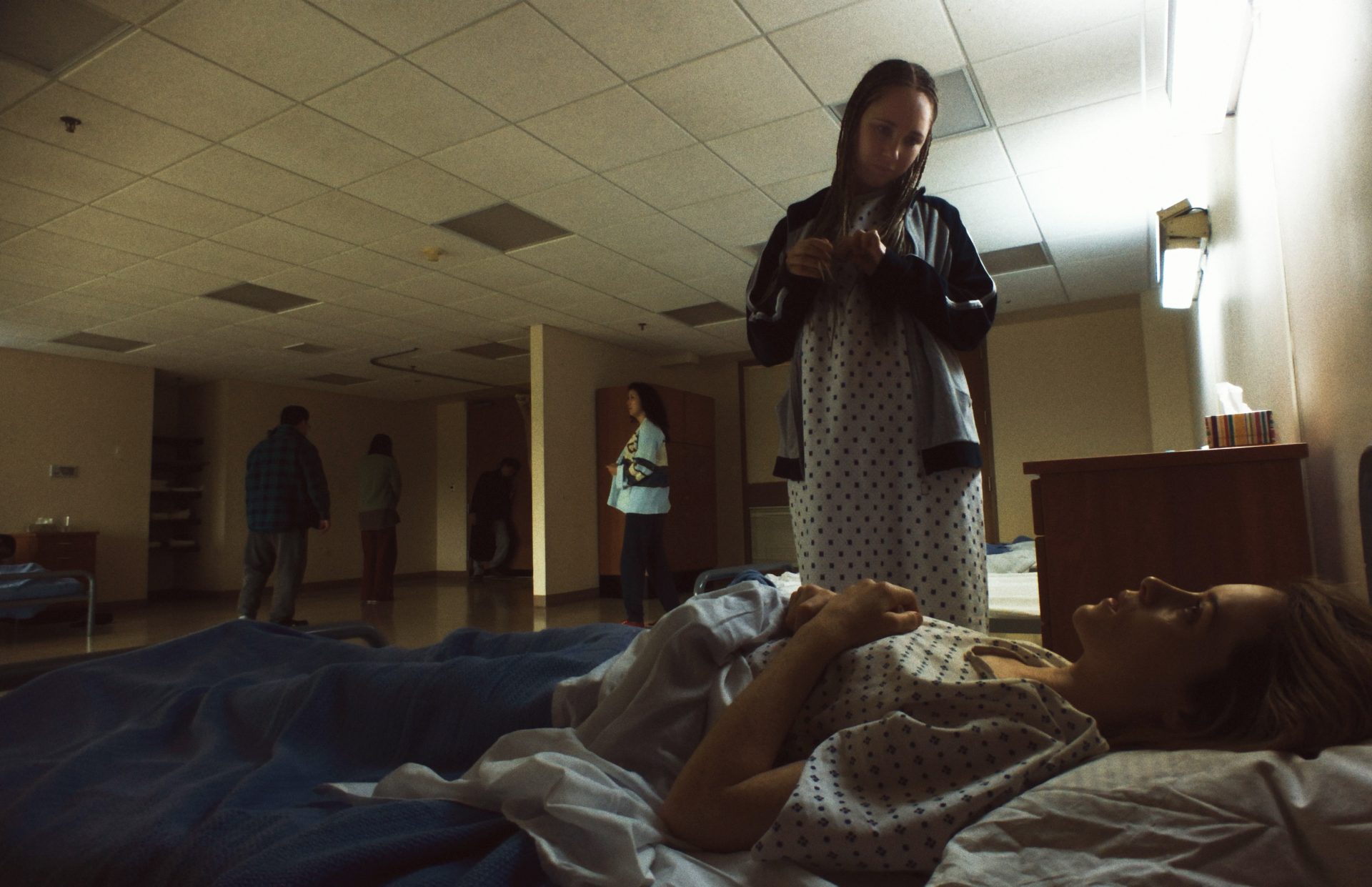 As a director, Steven Soderbergh defies classification unlike nearly all of his contemporaries. With a resume like Sex, Lies, and Videotape, Erin Brockovich, Traffic, Ocean’s Eleven, Magic Mike, and Logan Lucky, it’s tough to decipher a connective tissue between his “crowd pleasers,” his “serious dramas,” and his more experimental work. If anything, the one thing Soderbergh has proven in his 33 years-and-counting career is that he refuses to be boxed in by any of the pre-conceived notions surrounding filmmaking, whether it be genre, style, or even the technology of the format itself. Unsane, Soderbergh’s take on schlocky B-movies which was filmed entirely on an iPhone 7 Plus, challenges all three of those notions with mixed results while still delivering a satisfying moviegoing experience.

Unsane features Claire Foy (star of the television series, The Crown, and the new Lisbeth Salander in the upcoming film, The Girl in the Spider’s Web) as Sawyer Valentini: a woman who is tricked into voluntarily committing herself into a mental institution which just might be holding patients against their will in a massive insurance fraud scheme. Oh, and her stalker- who has been chasing her across the United States from home to home- might be an employee there! The trailers for Unsane all taunted: “Is she crazy? Isn’t she? Watch this movie, and you’ll find out!” The promotional materials seemed like a tailor-made callback, intended to attract viewers who yearn for the days where trashy 90s thrillers with pseudo-scientific psychological gimmicks like Primal Fear, Cape Fear, and uh, Fear flooded the multiplex.

Unsane‘s gimmick is serviceable while it lasts, but Soderbergh ultimately abandons it by picking one of the marketing department’s two possibilities and he starts barreling towards the finish line whole hog, without any reservations or regard for the scenes that came before the film’s dedication to its path. In the meantime, Unsane borrows all of the “terrible mental institution” tropes from everything from Samuel Fuller’s Shock Corridor to Jonathan Demme’s The Silence of the Lambs. Unsane is One Flew Over the Cuckoo’s Nest if the hospital staff all started eating the patients’ medication and they replaced the entire ward with a stable of R.P. McMurphys. There’s nothing wrong with salaciousness for salaciousness’ sake; but despite all of its “unsanity,” the film seems to have something serious to say about the mental health industry (an idea reinforced by the fact that Soderbergh also recently explored similar territory with 2013’s Side Effects), and the message tends to get lost in the shuffle of the movie’s psychological thriller gags. The film starts off with a bit of a tongue-in-cheek sense of humor, but by the end it seems to accidentally begin to take itself too seriously. Once the movie expands to different perspectives and its events can no longer be questioned under the guise of an unreliable narrator, even the most forgiving of audiences might not be able to overlook the massive coincidences of plot necessary for Unsane to make sense. And, again, I’m totally okay with my trashy thrillers not making much sense… but Unsane‘s final act seems designed to ask us to take it more seriously than its earlier scenes or setup could ever allow us to do. 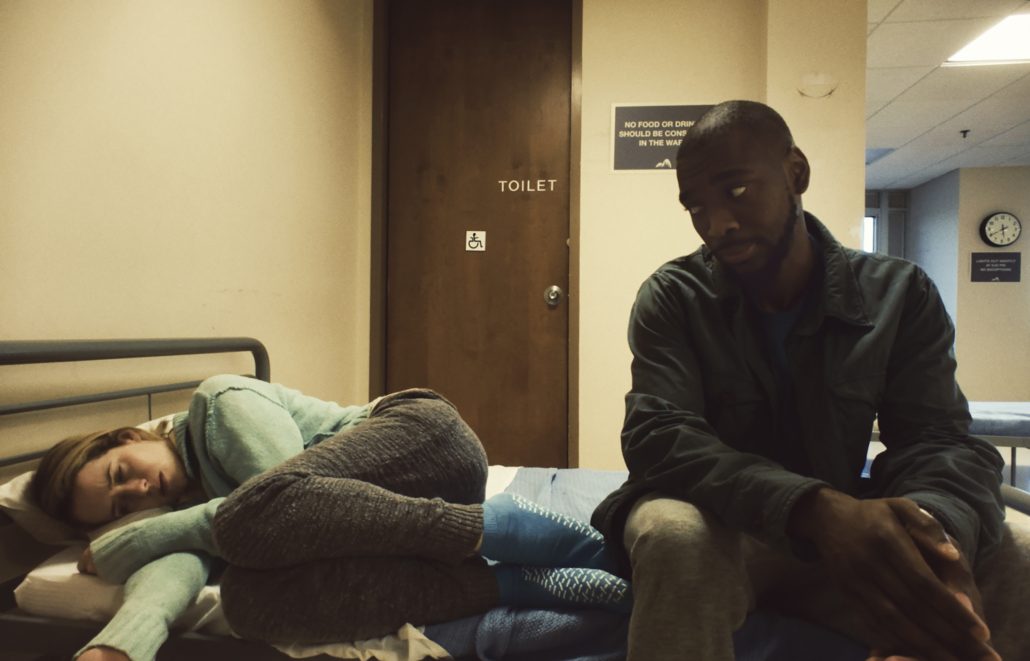 Despite these flaws in storytelling, Unsane is elevated by solid directing and some incredible acting performances. Soderbergh got excellent performances out of most of his cast, and the film plays like it was assembled with precision. Claire Foy is stellar, and she carries the movie with her performance as Sawyer. She’s tough, she’s engaging, and she’s subtle (even when the movie going on around her isn’t). Watching Foy in this movie makes me eager to see what she does with her starring role in The Girl in the Spider’s Web, and I wasn’t really interested in seeing it before this. Jay Pharoah does a nice job as Nate Hoffman, a reporter who infiltrates the facility to catch the big scoop with tragic results. His scenes with Foy always elevate the movie and provide some much-needed grounding. Juno Temple appears as one of the ward’s wilder patients, and Matt Damon (Soderbergh’s longtime collaborator) has a tiny role in a flashback sequence as a home security guru for hire. You might notice that I haven’t mentioned Joshua Leonard yet, who plays Sawyer’s stalker, David Strine. Unfortunately, that’s because he isn’t all that memorable in his role as the antagonist who is tasked with ultimately pulling the movie’s gimmick together. Unsane patterns itself off of the psychological thrillers of yesteryear, which often remain in our collective consciousness due to unforgettable, one-of-a-kind villains like Buffalo Bill and Max Cady. Instead, David Strine takes all of his cues from boring and stereotypical stalker archetypes without being edgy or original in any such memorable manner. We know he’s dangerous because we eventually see him commit dangerous acts, but most audiences are going to forget him the second the credits roll. Unsane is best when Claire Foy is front and center, and her engaging performance is enough to allow most audiences to forgive some of the movie’s other missteps.

Beyond its “is she or isn’t she” marketing, Unsane‘s other notable shtick is the hype surrounding the fact that the entire movie was shot in the claustrophobic 1.56:1 aspect ratio on an iPhone 7 Plus. Soderbergh- who also serves as the movie’s director photography- is known for his creative risks; and on the surface, his technological decision seems like an affront to a marketplace flooded with 8K and IMAX lenses. Unsane has already spawned several think pieces heralding the fact that “this changes the industry forever!” and “now everyone has the technology to be a filmmaker!” After watching Unsane, my take is a little different: an excellent director can even make a good film on entry-level technology! Many of Unsane‘s shots are ugly and jarring, and I can’t imagine what they would have looked like had they been shot by someone with less talent and experience. Outside shots appear bright and crisp, but most of the movie takes place inside or at night. In those scenes, the colors are fuzzy, muted, and dark. There is little to no depth to any of the film’s blacks, and everything from dimly-lit furniture to actors’ faces get lost in the deep red shadows of the ward’s carpeting. Some evening shots which are flooded with an abnormal blue hue against an amorphous black wilderness just scream, “student film!” The iPhone’s tiny lens tremendously limits most scenes’ depth of field, and many shots feel uncomfortably close to their subjects. This is exacerbated by the fact that Soderbergh uses many static 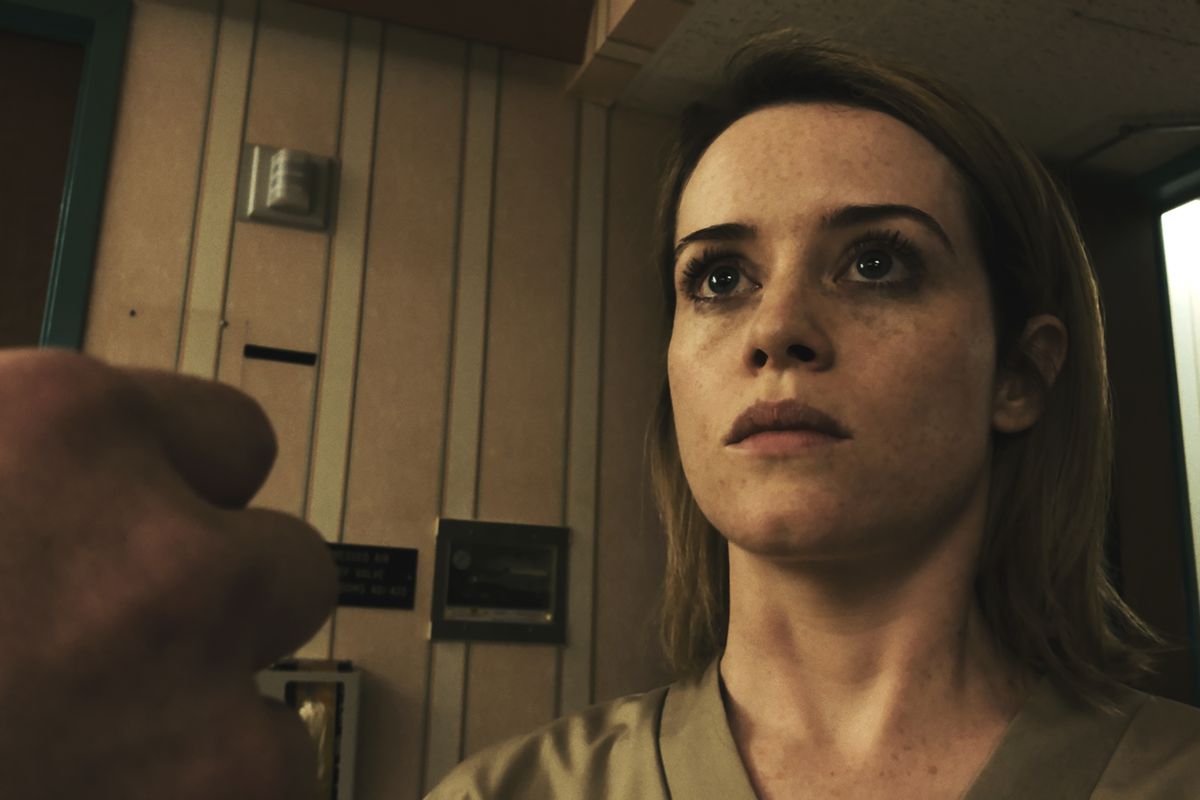 “fly on the wall” shots that characters walk through, and into the next one, as if they’re in Capcom’s first Resident Evil video game. Now, it could be argued that these decisions were intended to match the themes of the film; but Soderbergh is using the same technology on his upcoming basketball drama, High Flying Bird, so time will tell if what was captured on screen for Unsane is directorial intent or the limitations of the technology. I certainly can’t fault Soderbergh for experimenting at this point in his successful and storied career, but I can’t help but wondering if I would have liked the look of Unsane better had more traditional filmmaking technology and techniques been used to present it.

When all is said and done, Unsane is a mixed bag. It’s a great schlocky B-movie impersonation for anyone looking to turn off their brain and go for a familiar thrill ride, and it doesn’t start to come apart unless you stop and consider that it may want you to take it more seriously than you can, given the circumstances of the script. It’s held together by an unforgettable performance by Claire Foy which highlights her as an undeniable force to be reckoned with in the world of film, and it shows that Soderbergh doesn’t plan on slowing down or settling for the ordinary any time soon.

Stay tuned to Horror News Network for complete coverage of Steven Soderbergh’s upcoming horror-related works, and Claire Foy’s upcoming performance in The Girl in the Spider’s Web as they break!