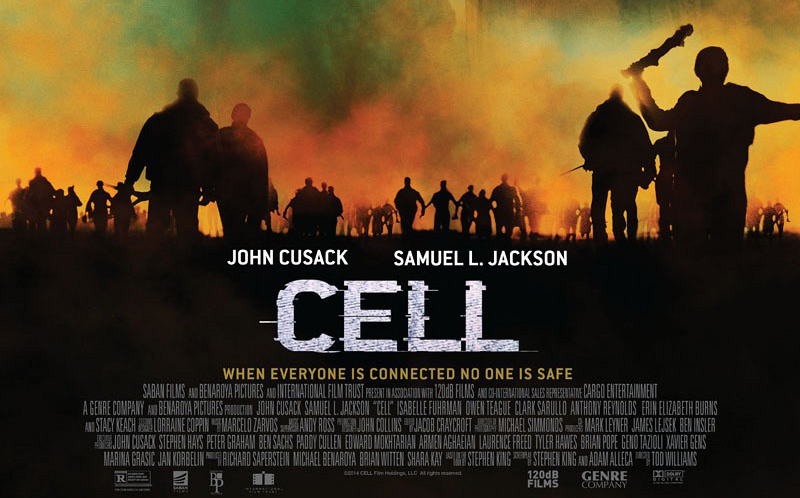 While sizing up movie night for this week, you may want to check out Stephen King’s “The Cell” which stars John Cusack and Samuel L. Jackson. The apocalyptic film, based on King’s best-selling 2006 novel is brought to the big screen and VOD this Friday, July 8th. Centering around an attack on the human race through their cell phones…it appears King may be onto something here.  With a generation of people attached to their cell phones, is this the easiest way for our enemies to attack?  Does the almighty smartphone control us and turn us into zombies or “Phoners”?  See synopsis below:

At the Boston airport, Clay (Cusack) witnesses a scene of chaotic mayhem when an electronic signal turns hundreds of cell phone users into rabid killers. Desperate to find his estranged wife and son, Clay teams with a train driver (Jackson) to battle the horde of murderous “phoners” as the city descends into apocalyptic madness.

Now with many horror fans feeling the zombie genre is a little flooded at the moment, it will be interesting to see if stellar acting with King’s masterful writing can pull off a worthy zombie flick. 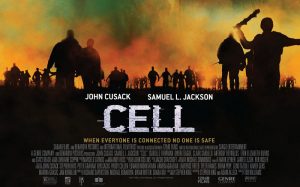