As Founding Father Benjamin Franklin once wrote: “In this world, nothing can be said to be certain, except death and taxes.”

Well, you can add one more certainty to that short list: Horror master Stephen King will come out with at least one best-seller every year.

And the prolific author already has 2021 in the bag, as he announced on his Twitter account that his next novel, Later, will hit stores next March, as reported by Entertainment Weekly.

King’s tweet was simple, direct and to the point: “Next year. March.” Included in the tweet was an image of the new book’s cover (illustrated by Paul Mann), which can be seen on this page.

Later will be published by Hard Case Crime, a house that has already released two King blockbusters–2005’s The Colorado Kid and 2013’s Joyland. The new novel carries the intriguing tagline: “Only the dead have no secrets.” Vintage King.

Later tells the story of Jamie Conklin, a young boy who just wants to have an ordinary childhood. But Jamie was born with the eerie ability to see what others can’t see and learn what no one else can learn. And the cost of using this gift is steeper than anyone could imagine–as Jamie discovers when an NYPD detective draws him into the pursuit of a killer who threatens to strike from beyond the grave.

Charles Ardai, editor of Hard Case Crime, had nothing but praise for this latest “King-sized” book. “Later is a beautiful story about growing up and facing your demons–whether they’re metaphorical or (as sometimes happens when you’re in a Stephen King novel) the real thing,” he said. “It’s terrifying, tender, heartbreaking and honest–and we are so excited to bring it to readers.”

King–who now has more than 350 million books in print–said in a statement, “I love the Hard Case format, and this story seemed a perfect fit.”

Keep reading Horror News Network to find out how long it takes for some enterprising studio to snap up the movie rights to Later. 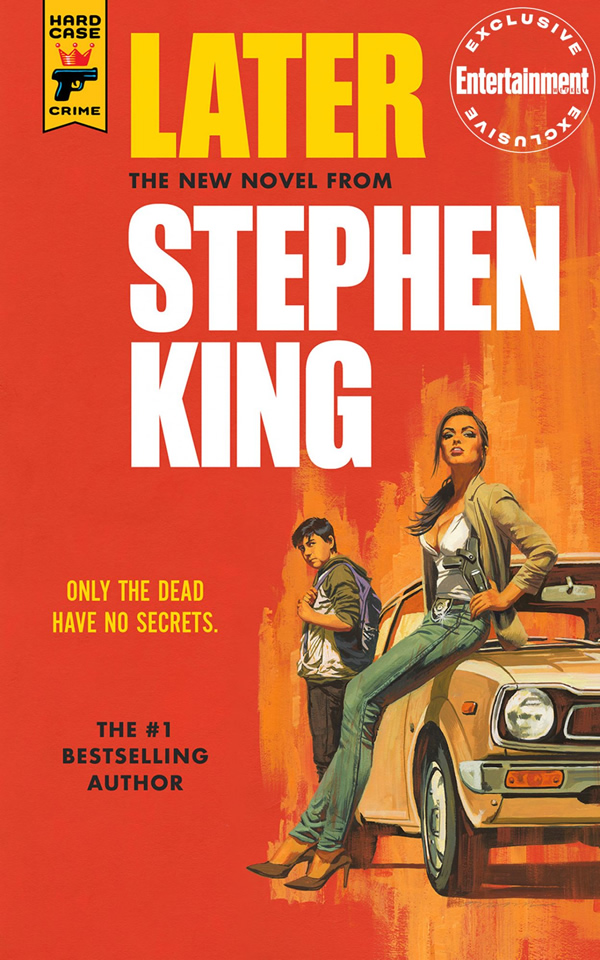