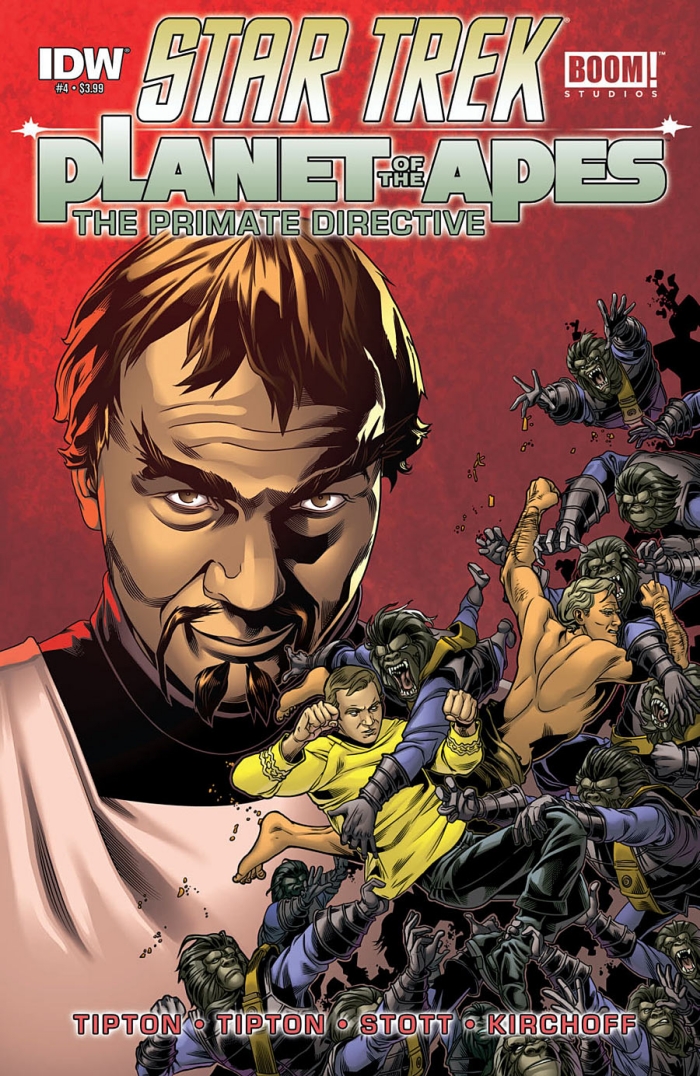 Star Trek/Planet Of The Apes: The Prime Directive #4 preview

IDW Publishing and BOOM! Studios has provided us a preview of the new Star Trek/Planet Of The Apes: The Prime Directive comic.

Captain James T. Kirk and the crew of the U.S.S Enterprise have pursued Klingon warships through an interdimensional portal, finding themselves on a parallel Earth where mankind has become an inferior species and apes rule the planet!

Searching for Klingon interference, they’ve encountered Colonel George Taylor, a time-lost astronaut from 20th-century Earth who’s hell-bent for vengeance for what’s become of humanity. Kirk and Taylor have come to an uneasy truce, and Taylor has agreed to help stop the Klingons from setting off a civil war among the Apes. And just in the nick of time, as General Marius and his Klingon-armed forces march on Ape City…