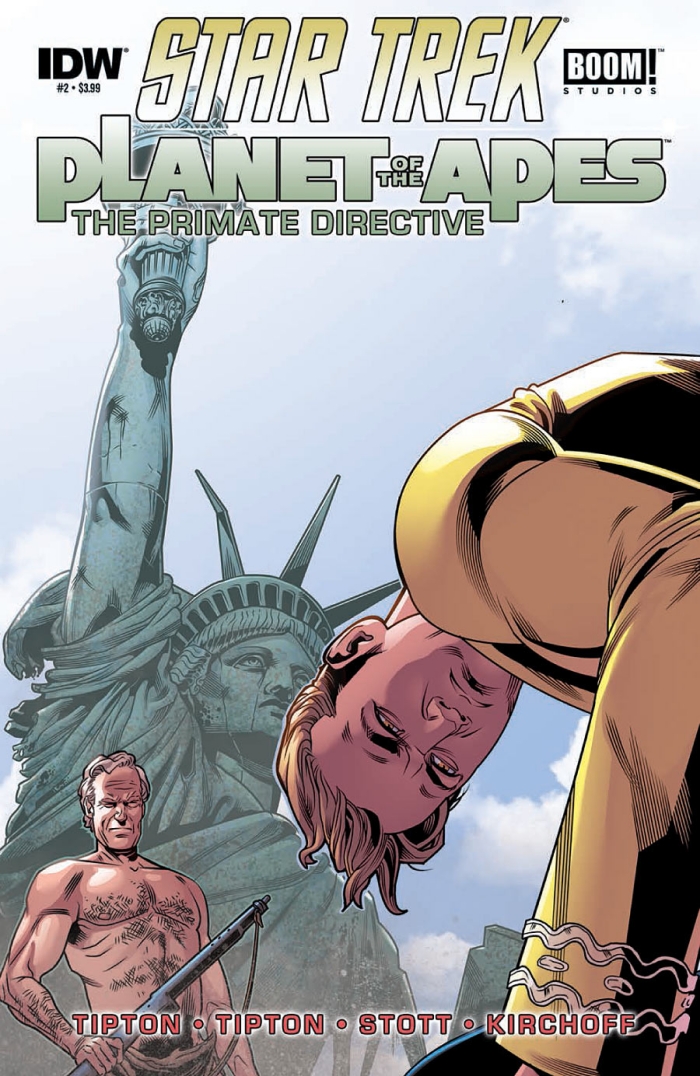 Star Trek/Planet Of The Apes: The Prime Directive #2 preview

IDW Publishing and BOOM! Studios has provided us a preview of the new Star Trek/Planet Of The Apes: The Prime Directive comic.

The colossal crossover nobody ever expected continues!

Captain Kirk and the Enterprise crew have landed on the Planet of the Apes—but how?! And how are the Klingons involved? Plus: Taylor meets up with Kirk and Spock, but will he greet them with open arms? Or flying bullets?