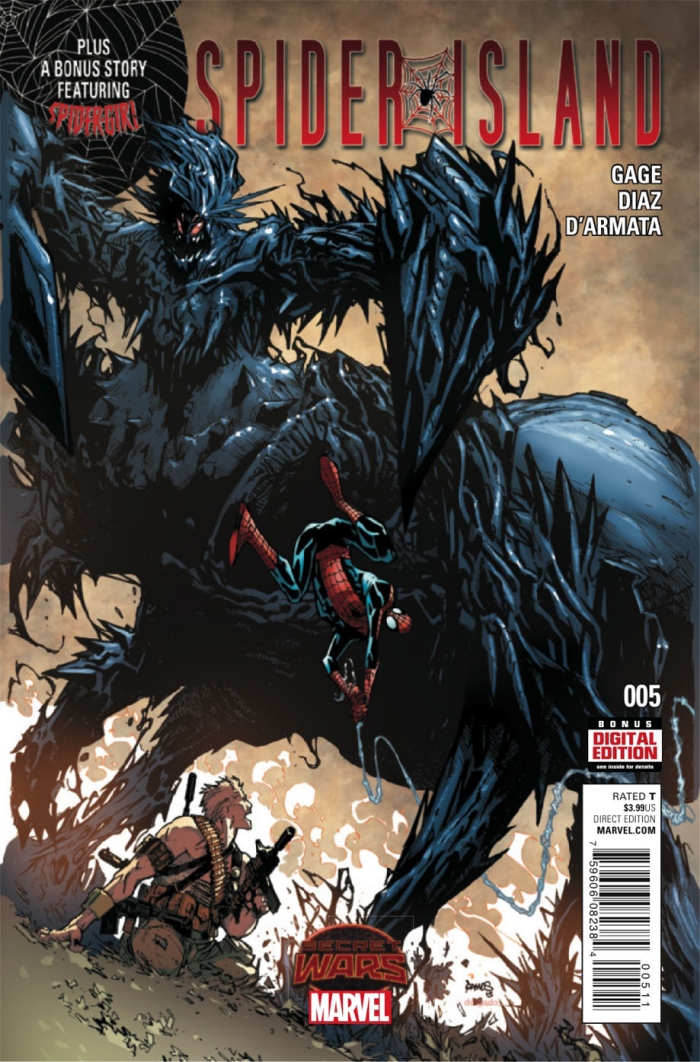 Marvel Comics has provided us a preview of the new Spider-Island comic.

Venom and his band of mighty monsters take the fight to the Spider-Queen once and for all! This time, though, he’s not going it alone – he’ll have a webslinging wonder by his side!

Plus, the conclusion to the return of the one and only Mayday Parker as Spider-Woman!