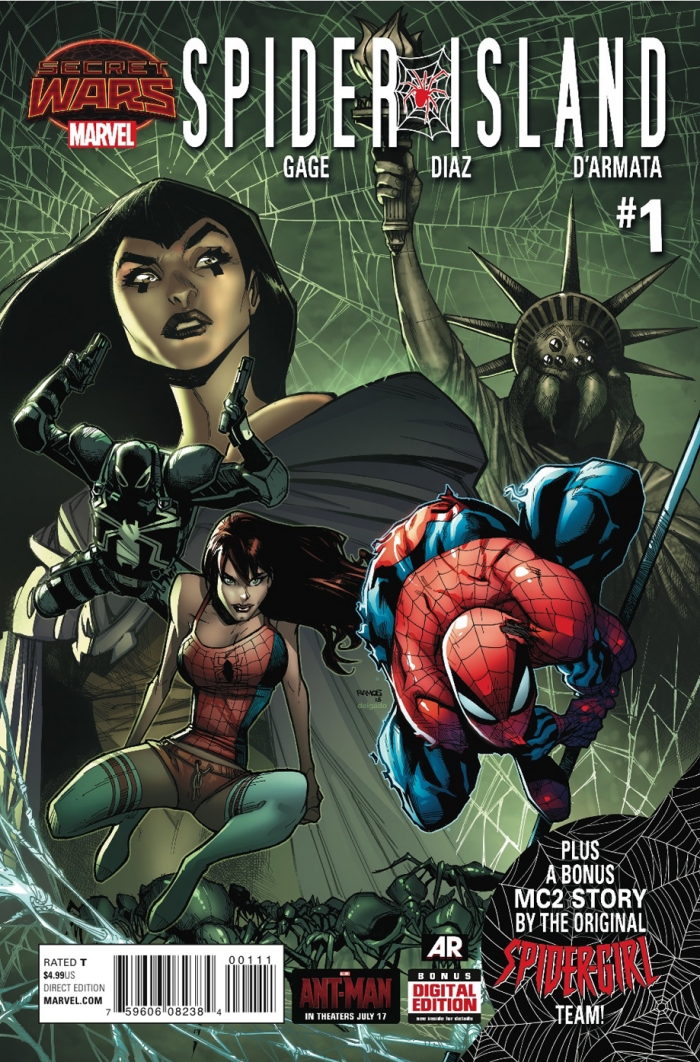 Marvel Comics has provided us a preview of the new Spider-Island comic.

The Spider-Queen has turned Manhattan into an island of Spider-Madness and Peter Parker has lost, thanks to Christos Gage and Paco Diaz. With Spider-Man defeated and captive, does Flash Thompson, A.K.A. Venom stand a chance?

All this, plus visit the MC2 patch of Battleworld! Mayday Parker and her Spider-Family are back courtesy of classic Spider-Girl team Tom DeFalco, Ron Frenz and Sal Buscema!