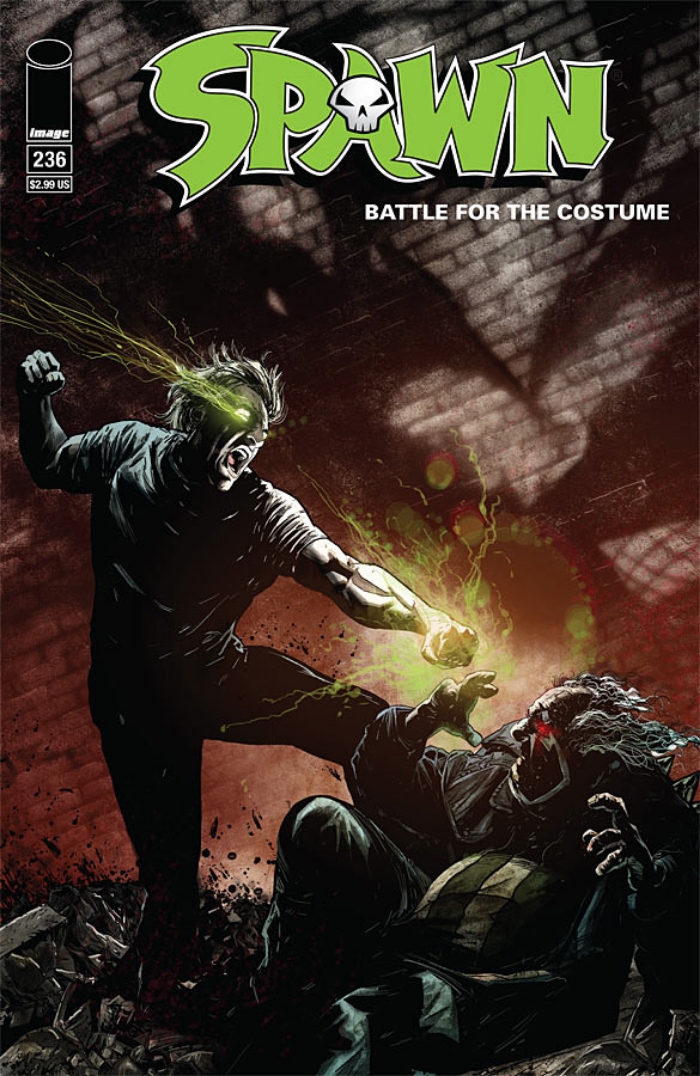 Image Comics has provided us a preview of the new Spawn comic.

Power Corrupts! Corrupt Power Destroys! The Next Chapter In SPAWN’s Continuing Evolution Is Here! Having survived the first round of his showdown with the K7-Leetha, Jim seeks to make amends for past sins. But his struggle for control is only just beginning. While Jim is distracted, his enemies continue to further their own efforts as Clown and Bludd have a showdown. And another familiar face returns in a most unexpected role… But whose side is THE REDEEMER on?