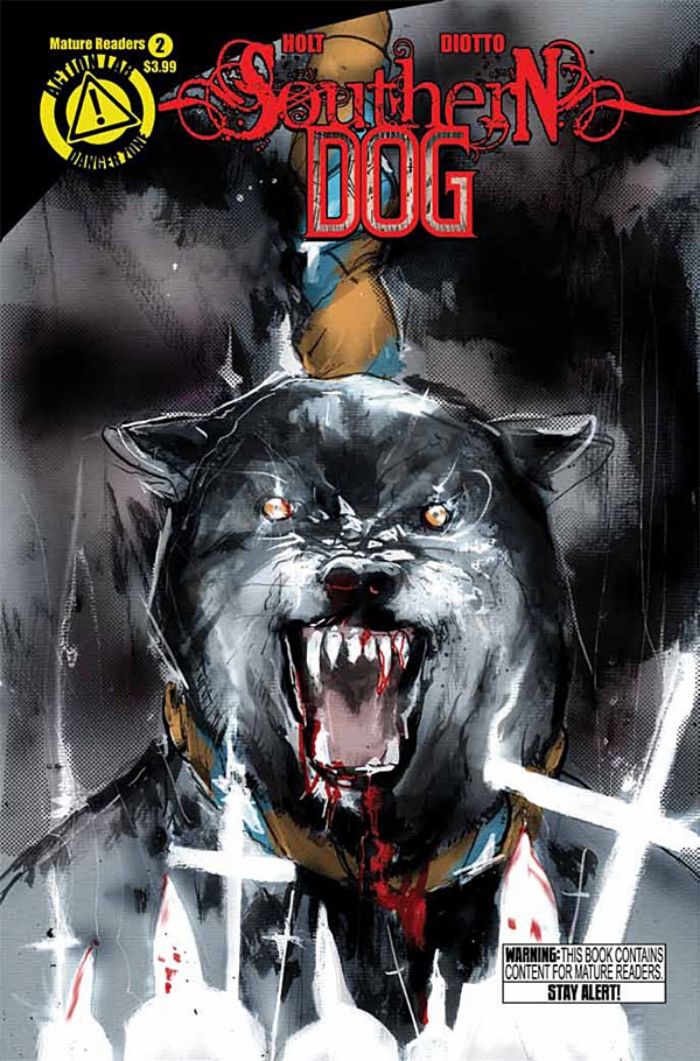 Action Lab Comics has provided us a preview of the new Southern Dog comic.

After revealing his involvement with the KKK, Jasper’s farther forces him to confront a bully

from school through violent tactics. Refusing to participate, Jasper fleas the scene only to succumb to another “episode” as the beast inside of him resurfaces. Unable to fight it, Jasper suddenly finds himself in the middle of his town’s racial war. Featuring series covers by red-hot artist Riley Rossmo (Drumhellar)!