Soundtrack for Netflix’s Stranger Things Gets a Release Date

The popular show’s score is the brainchild of Kyle Dixon and Michael Stein, both members of the Austin, Texas synth band S U R V I V E. According to the press release, the directors of Stranger Things were fans of the band and reached out to see if they were available to score their show. Of the show’s unique score, Michael Stein said, “We discussed having a classic tone and feel to the music for the show but being reserved enough that it wasn’t ’80s cheese, while offering a refreshing quality so that felt modern.”

While some fans of the show may be upset to learn that songs they heard on the show from popular 80’s bands like The Clash, Modern English and Joy Division are not on the soundtrack, a playlist containing all of those tracks can be found on Spotify.

Below is a list of the tracks from Dixon and Stein that will appear on Volume One of the two-part release:

13 One Blink for Yes

14 Photos in the Woods

23 Cops Are Good at Finding

25 Walking Through the Nether 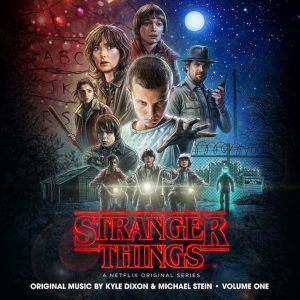