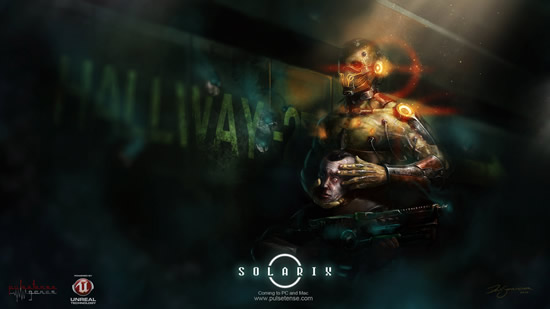 Indie developer Pulsetense Games has reached major milestone in the development of Solarix, the stealth focused psychological survival horror game for the PC.

To coincide with this new milestone, Pulsetense Games has also launched a new website and forums for fans to follow the game’s development prior to launch next year. (http://www.pulsetense.com/).

The game is described as:
Trapped in far reaches of space, the sole survivor of a human genetic experiments gone badly wrong…Years spent avoiding your infected crew mates with only a distant voice for company…

Battling against the corporations ‘clean-up’ squad who have one instruction – destroy all evidence! Shadows are your friends; avoidance is your only strategy. How long can a mind survive this environment?

The game encompasses both alien worlds and huge orbital space stations, with hidden terrors around every corner.Our goal is to take the survival horror genre beyond simple staged ‘jump scares’ and cheap thrills. With Solarix we will create a world that fills you with unease, insecurity and desperation.

Solarix will release in 2015 and has already approved by Steam.