Snoop Dogg Ready To Tell Scary ‘Tales From The Crip’

It’s been said that imitation is the sincerest form of flattery. Well…

Zombie Love Studios founder Rodney Barnes is teaming up with rapper/actor Snoop Dogg to produce a new horror anthology comic book series that is said to be “in the tradition of the classic EC Comics of old.”

Check out the cover for Tales from the Crip—courtesy of JoBlo.com–on this page to get an idea of where this title is headed.

Barnes also wrote the Eisner Award-nominated Killadelphia, a comic that follows a beat cop who discovers that Philadelphia is overrun by vampires.

Snoop Dogg–who already has genre credentials with the 2001 film Bones–will appear with Jamie Foxx in the vampire thriller Day Shift scheduled to start streaming on Netflix later this year.

Keep reading Horror News Network for any further updates on Tales from the Crip. 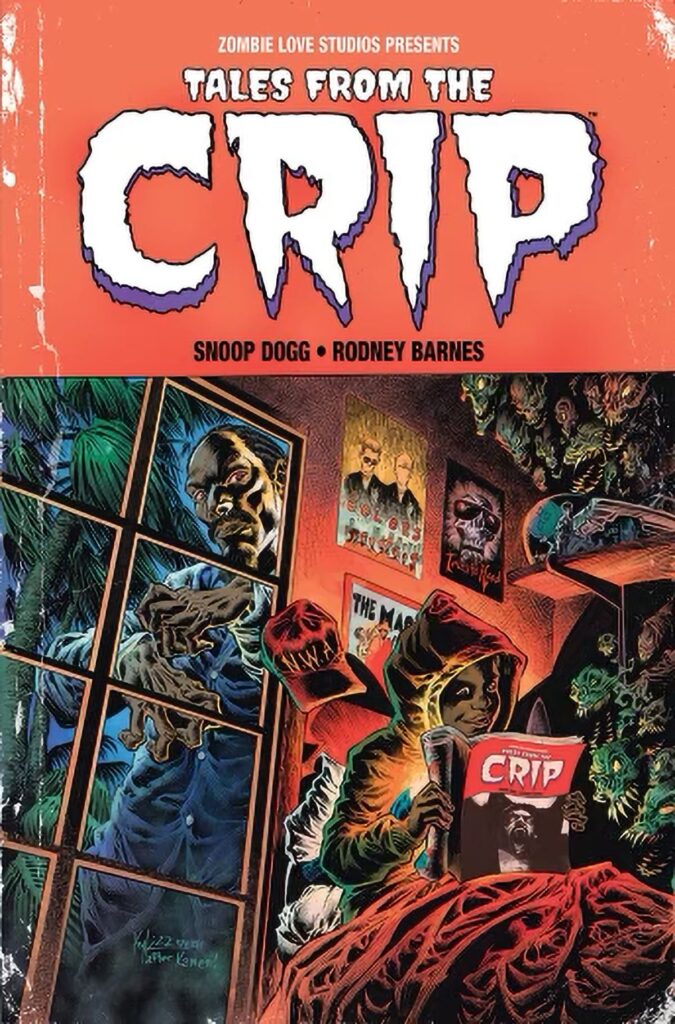