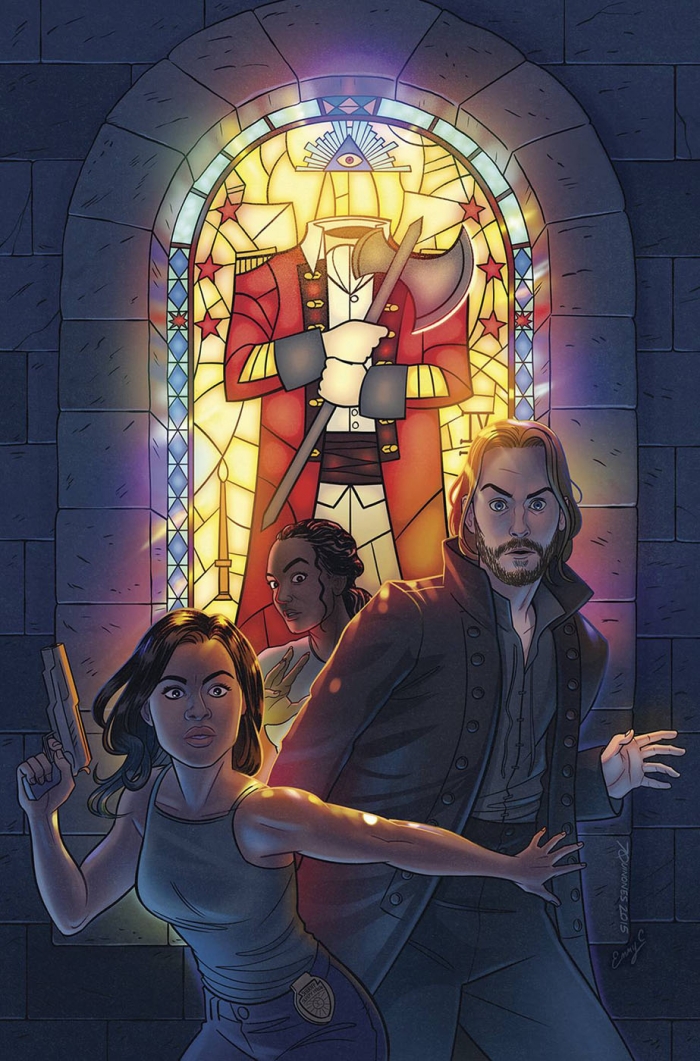 Based on the Fox TV series!

Jenny returns to Sleepy Hollow with an ancient artifact she discovered in tow: the Eye of Providence. It supposedly gives its possessor psychic powers, but when it does nothing for her, she hands it off to Ichabod and Abbie to investigate. But the Eye attracts a demonic bike gang called The Wild Hunt, and they’re cutting down anyone who gets in the way of obtaining it.

Written by Eric Carrasco and art by Victor Santos with cover by Joe Quinones.