Slaughter Is Everywhere In Full Trailer For ‘Chucky’

The new Chucky series–set to debut Oct. 12 on Syfy and USA Network–this week unveiled a full trailer, as reported by comingsoon.net, and you can check out a preview of all the mayhem-to-come on this page.

Chucky–based on the Child’s Play film franchise from Don Mancini–is set in a town thrown into chaos “as a series of horrifying murders sweep through and threaten to expose the town’s hypocrisies and secrets” as a result of “a vintage Chucky doll turning up at a yard sale,” according to the synopsis.

In addition, the murderous doll must “deal with the arrival of enemies from his past who threaten to expose the truth behind the killings and the untold origins of a seemingly ordinary child turned demonic killer.”

The original 1988 Child’s Play–written by Mancini and Tom Holland–spawned six sequels, a 2019 reboot, comic books, a video game and tons of merchandise. The films–which won a Saturn Award for Best Horror Franchise–have grossed more than $182 million at the box office.

Keep reading Horror News Network for any additional updates on the Chucky TV series on Syfy and USA. 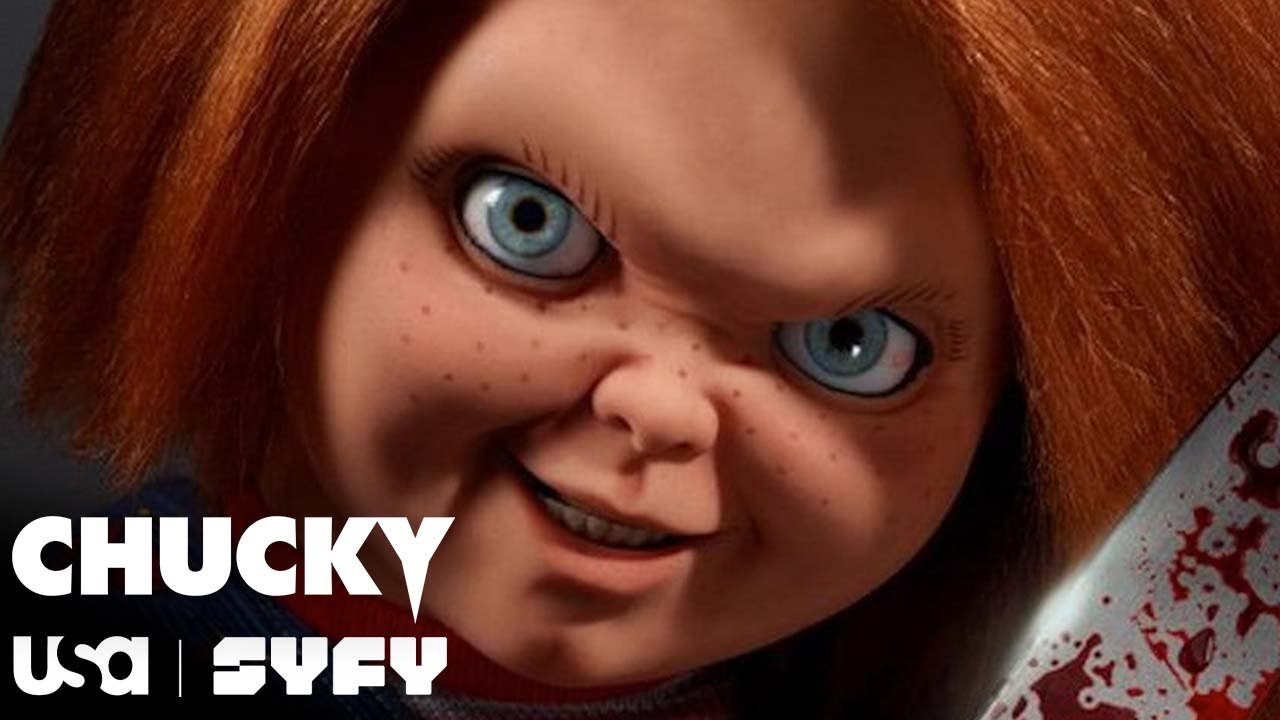