With Christmas fast approaching, Fright Rags this week announced a new way to spend the holiday–playing Silent Night, Deadly Night: The Game. Based on the 1984 seasonal slasher, the board game can be purchased through a Kickstarter campaign, according to a report on JoBlo.com. Check out the game box design on this page.

The game, as explained, contains a deck of 30 action cards, five “kill zones” and pieces that allow competitors to play as Sister Margaret, Mr. Simms, Andy and Denise from the movie. A “kill spinner,” dice, roadblock chips, snowballs and a save badge also are included. And don’t forget Billy’s Santa weapons–an axe, a bow and arrow and a hammer.

Working as a team, anywhere from one to four players will need “strategy, bravery and a little luck” to stop Santa Billy from reaching St. Mary’s Home for Orphaned Children. Players can collect weapons, roadblocks and snowballs to help in the fight–and then “flick the spinner to determine your fate.”

Silent Night, Deadly Night–directed by Charles E. Sellier Jr. from a screenplay by Michael Hickey–follows a young man named Billy who suffers from post-traumatic stress after witnessing his parents’ murders on Christmas Eve by a man dressed as Santa. As an adult, he suffers a breakdown and goes on a killing spree wearing a Santa suit.

Despite bad reviews and being pulled from theaters a week after its release, the film earned $2.5 million on a budget of $750,000. Since then, the movie has become a cult favorite, spawning four sequels and a loose remake in 2012. Another reboot–as reported here in Horror News Network–is planned for a 2022 release.

Keep reading Horror News Network for updates on the reboot of Silent Night, Deadly Night and its board game. 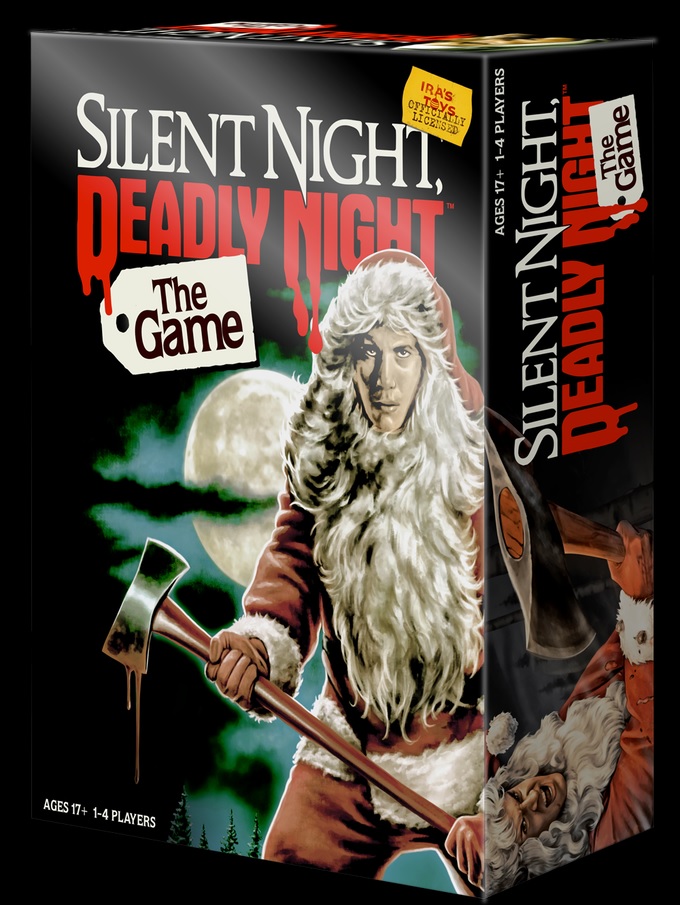