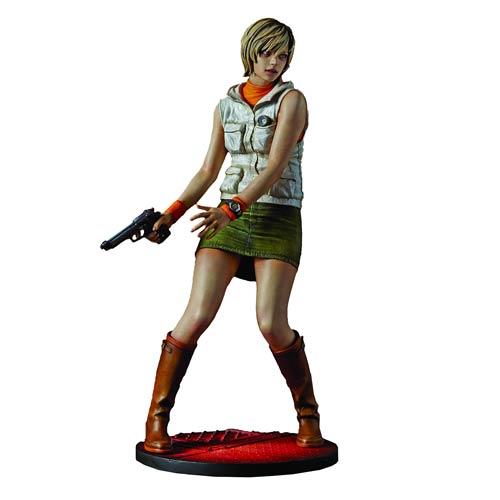 From the popular Silent Hill 3 video game comes the first female central character, Heather as a plastic statue! Heather’s challenging recreation includes realistic skin with freckles and moles, which makes it very different from the most popular design trends in Japanese female figures. Her pose and facial expression represent the mindset of a normal girl forced to fight in terror. The base is The amusement park of the Otherworld, made of wire mesh and steel plate with a bizarre atmosphere created by painting the base abstractly on the concrete sculpture. Three types of weapons are included: the standard Handgun, and steel pipe are interchangeable, and the secret item, beam saber, is included, which can be found after beating the game once and using mostly melee weapons to kill monsters.