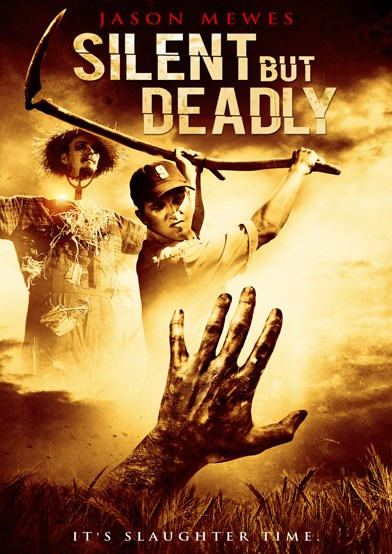 Inception Media has alerted us about a new release, Silent But Deadly, coming in September. Read on for the official details.

An outsider seeks revenge when his pet goat ends up as the daily lunch special in Silent but Deadly, slashing up DVD and VOD Sept. 24 from Inception Media Group.

Introverted loner Thomas Capper (Jason Mewes, Clerks I & II, Jay and Silent Bob Strike Back, Mallrats) prefers the company of his beloved goat, Liza, to that of people … and he’d do anything for her.

When a Hollywood film crew starts shooting on location in the countryside of his small town, the cooperative and mild-mannered Thomas – a man of very few words – lands a gig as the director’s assistant.

But when Liza ends up as lunch for the crew, he embarks on a merciless killing spree to avenge his dearly departed pet’s death … and has a few choice words for his victims.