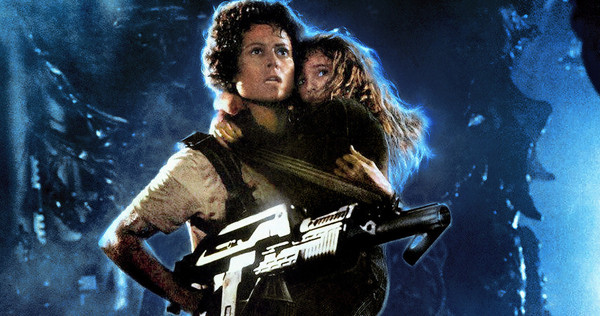 In the age of corporate sponsored education reform, endless permission slips, and relentless standardized testing (where some of the companies churning out all these tests and workbooks can be more ruthlessly capitalistic than the Weyland-Yutani Corporation and more unapologetically parasitic than the alien xenomorph in its infantile facehugger phase), it’s uncommon to witness the level of courage and creativity the staff and students of North Bergen High School in North Bergen, New Jersey put into their stage adaptation of Ridley Scott’s classic 1979 film, Alien. Their production made headlines around the world, and photos of the students’ perfectly accurate costumes and amazingly lifelike props and special effects have been impressing everyone for the past few weeks. It turns out that Sigourney Weaver-the star of the cinematic franchise and one of the greatest leading ladies of horror ever to grace the silver screen- was so impressed that she took a special trip to North Bergen High School to give the students an evening they’ll never forget!

Weaver appeared at an encore performance of Alien: The Play and surprised the students backstage while they were still dressed in their iconic costumes. The encore event and her appearance coincided with Alien Day, which happens every  year on April 26th as a play on LV-426, the home planet of the xenomorph colony. Alien‘s Twitter page captured this wonderful moment for the world to see:

The Hollywood Reporter says that Weaver’s first words backstage were, “I am so excited to be here! I am representing all of the Alien fans, all over the universe who think what you’re doing is so cool.”

Deadline picked up another inspiring comment: “How exciting is it to be here tonight? This is the night I’ve been waiting for! I’ve only been here a couple of hours, but I can tell this is a very special place in a very special town, and in a school like this you have extraordinary teachers…I met the students and I want to say they are so great.”

There you have it folks: in case anyone living under a rock has somehow forgotten, Sigourney Weaver is a national treasure! Turns out that even with all that chestbursting going on, Alien Day can still warm a few hearts.