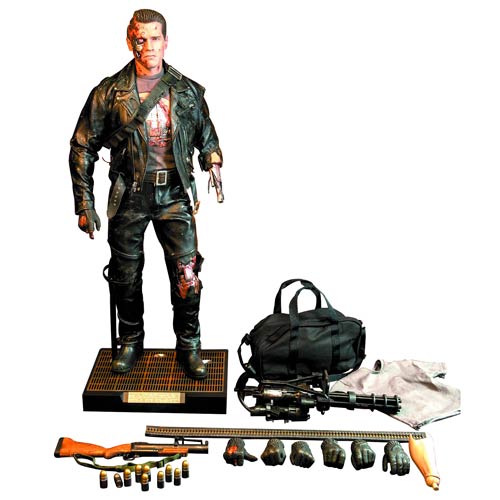 Weapon accessories for this incredible action figure include the M79 grenade launcher, handheld M134 mini-gun with bandoliers, 10 individual M79 grenades, an unused M134 metal bullet, 6 metal M134 bullet shells, and a set of plastic M134 bandoliers. The M79 is partially made of wood, and some parts are made of metal. The M134 is made of both plastic and metal, and there is barring inside the rotatable metal barrel. Other accessories include a large black carrier bag (able to carry the M134 mini-gun), a grey T-shirt (non-battle damaged), and a grenade holster for the M79 grenades.