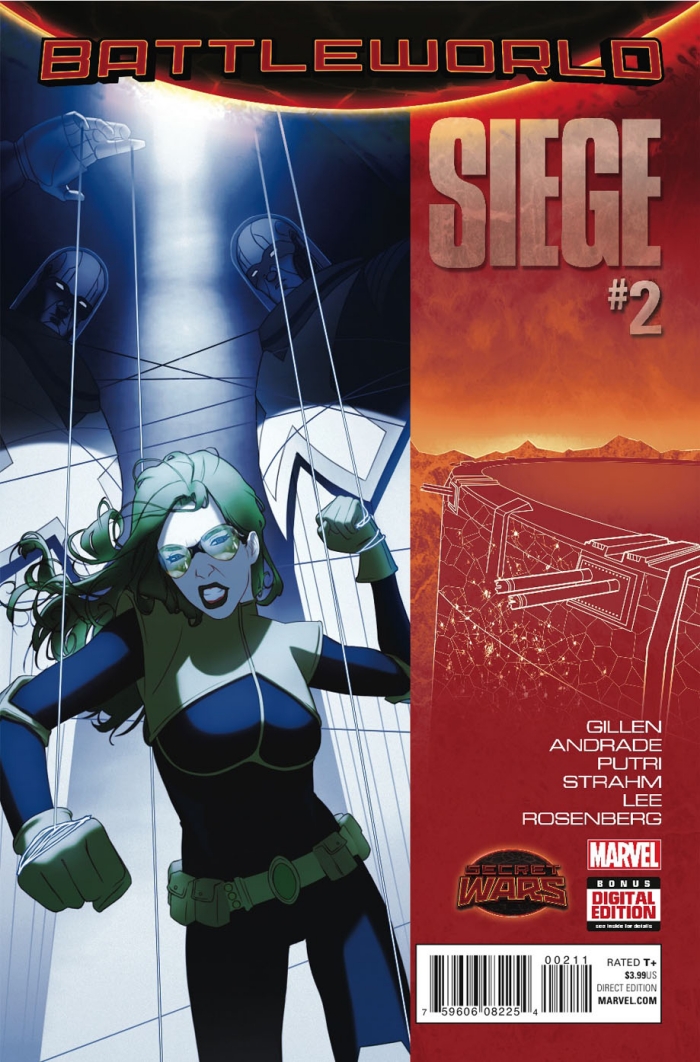 Marvel Comics has provided us a preview of the new Siege comic.

The Shield is the only thing that protects the more civilized areas of Battleworld from the zombie hordes, death machines and annihilation waves. Anyone who annoys Doom gets sent to The Shield. Anyone who gets sent to the Shield deals with Abigail Brand. Miss America, Lady Katherine, Kang the Conqueror, Leah Shieldmen, the Endless Summers Company, Leonardo Da Vinci and a cast of thousands will fight to the death to keep Battleworld safe.