Sideshow, the specialty manufacturer and distributor of the most sought-after licensed figures, has done it again. Their latest reveal, delighting horror fans everywhere, were two premium format figures from the Hammer Dracula series- -Van Helsing and Dracula himself.

Both the Dracula and Van Helsing figures feature the likeness of the actors that made these Hammer films so famous, Christopher Lee and Peter Cushing, respectively.

Released in 1958, Dracula starred Christopher Lee as the titular character. Playing opposite of Lee was Peter Cushing who portrayed Doctor Van Helsing. The Dracula series would go on to be nothing short of iconic and contain nine installments including: The Brides of Dracula, Dracula: Prince of Darkness, Dracula Has Risen from the Grave, Taste the Blood of Dracula, Scars of Dracula, Dracula A.D. 1972, The Satanic Rites of Dracula and The Legend of the 7 Golden Vampires.

There has been no official release date posted as of yet. Stay tuned to Horror News Network for the latest on these premium format figures from Sideshow. 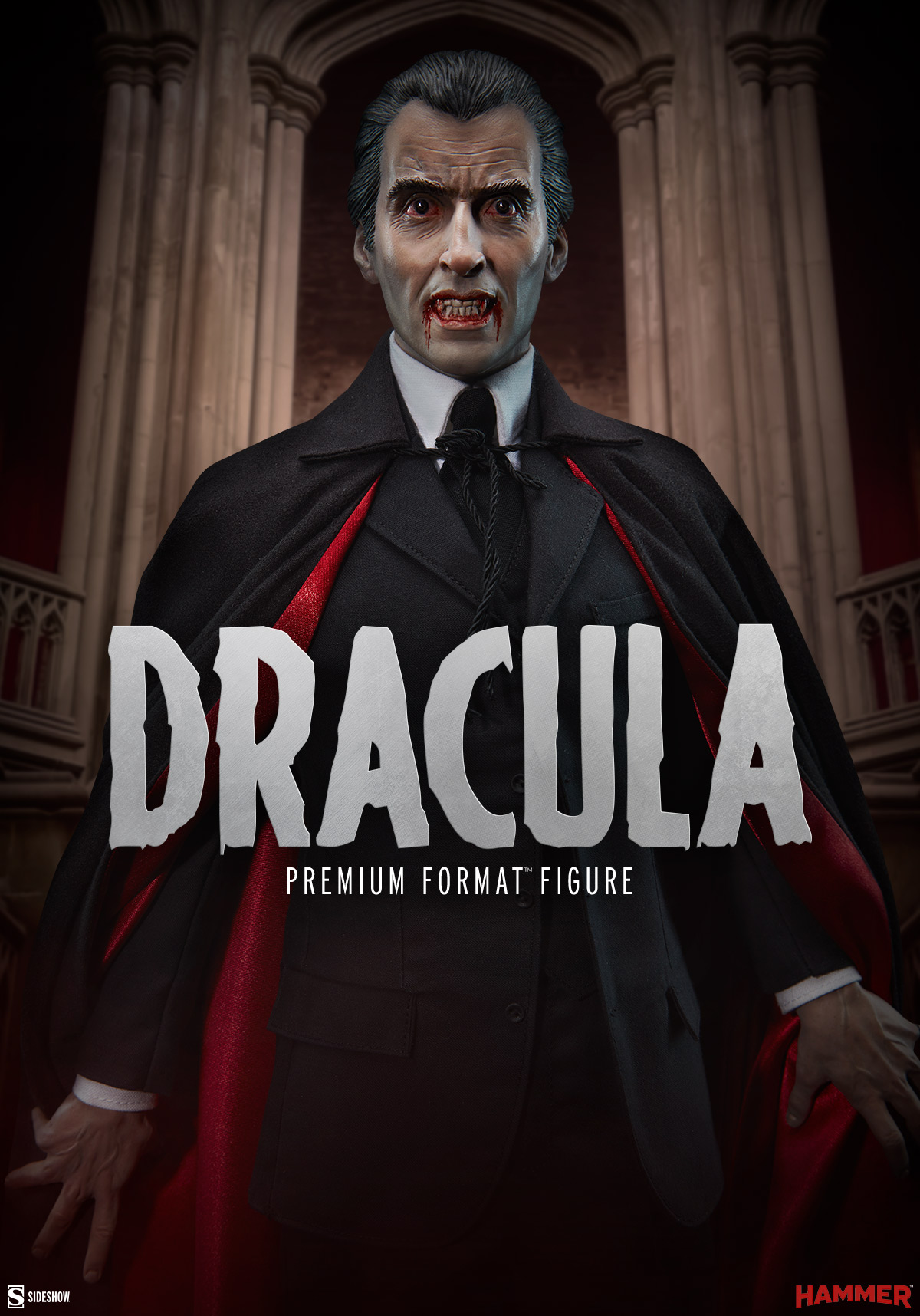 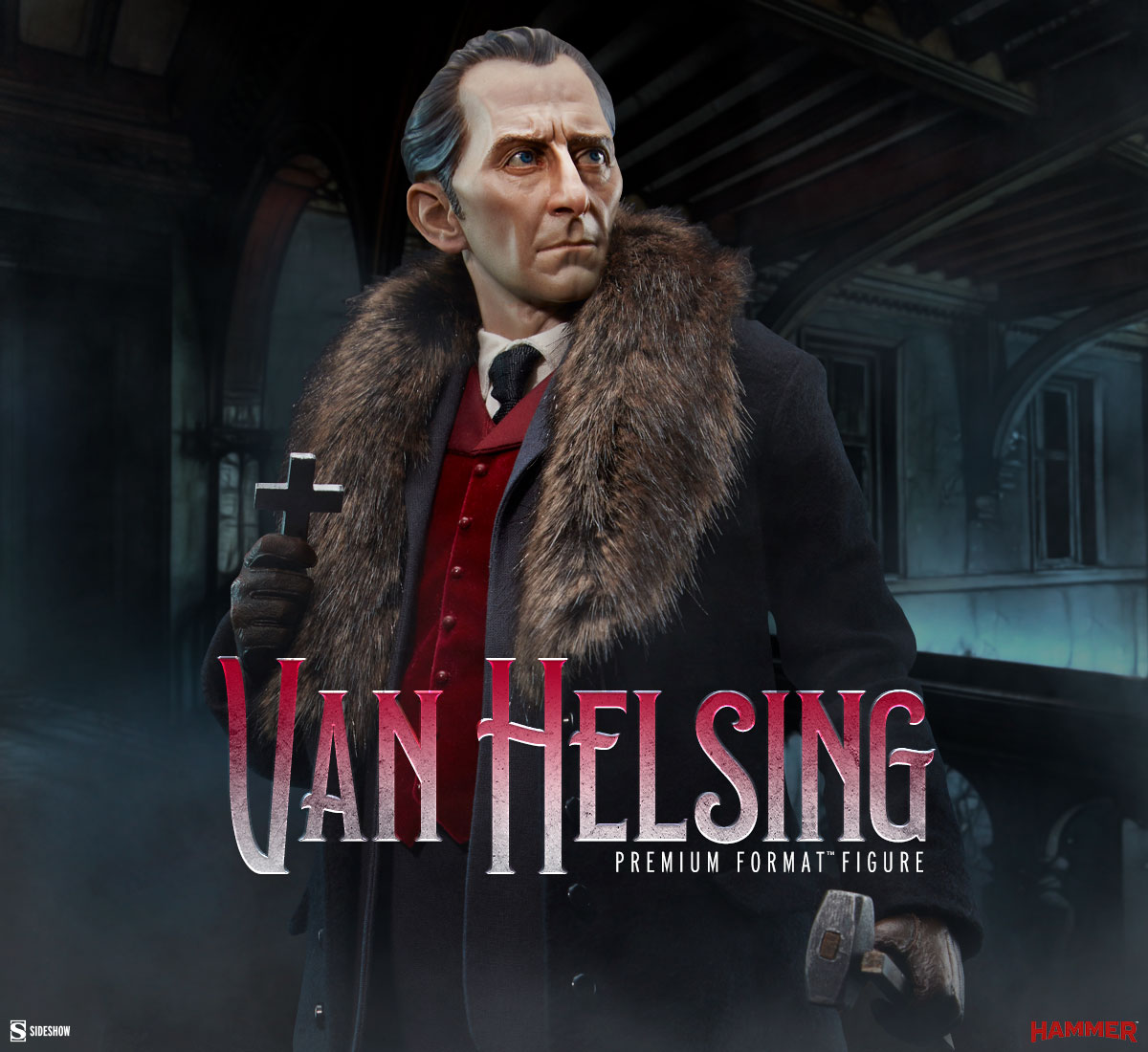