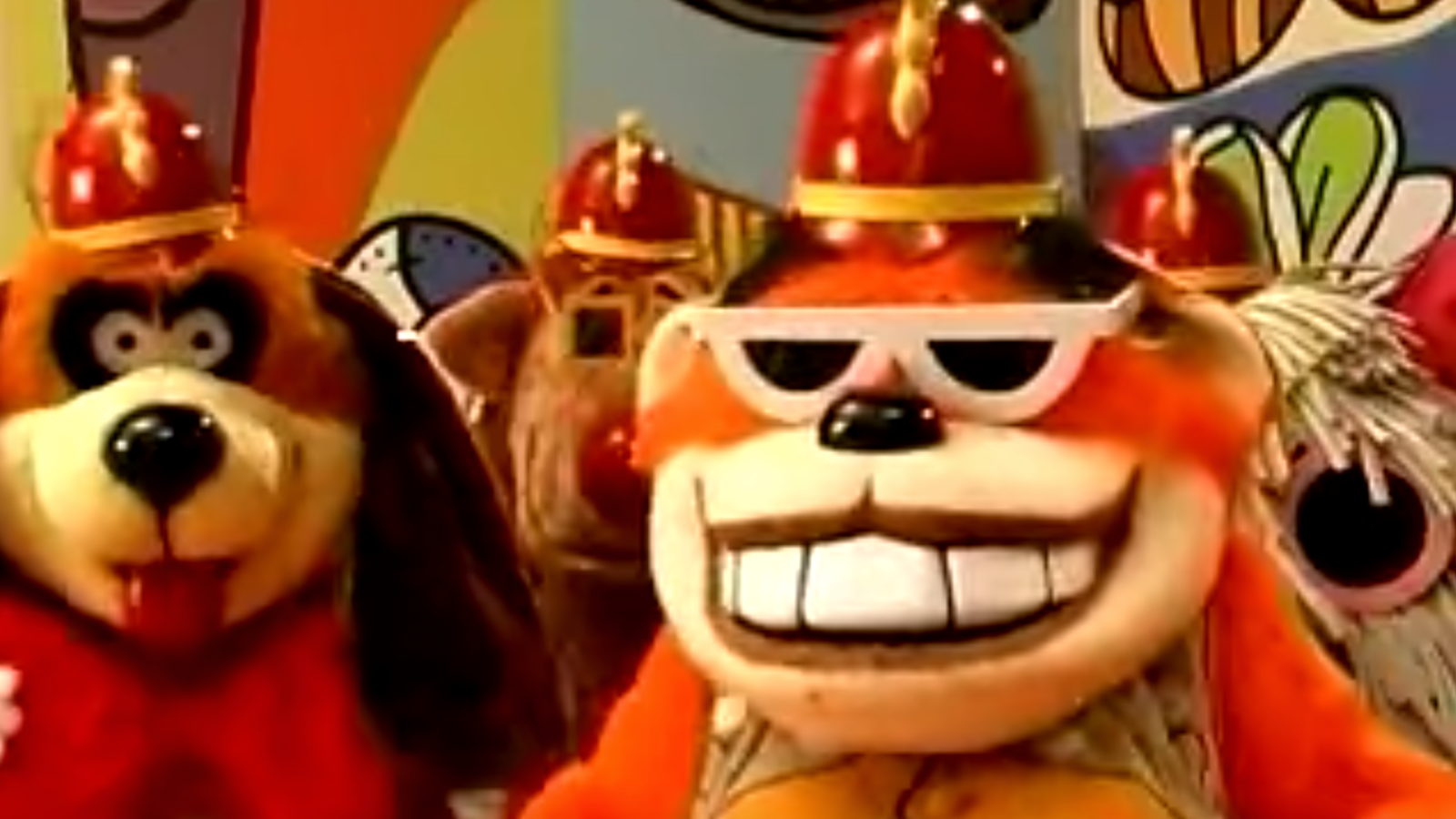 If you grew up in the late 1960s and early ’70s, you may have fond memories of a couple of “rock and roll animals” named the Banana Splits.  With a catchy jingle that will stay with you for days, the Splits burst onto tv screens in 1968, and ushered in a slew of psychedelic costumed characters for the youth of that era.

Enter the Syfy Network, purveyors of such fine films as Ice Spiders and Titanic II, to ruin what little remains of your childhood with another terrible idea in the form of a low-budget horror movie starring The Banana Splits.  The ill-advised feature will star Bingo (the gorilla), Fleegle (the dog), Snorky (the elephant), and Drooper (the lion), and less well-known talent such as Finlay Wojtak-Hissong (The Kindness of Strangers), Dani Kind (Wyonna Earp), Romeo Carere (Pyewacket), and Steve Lund (Street Legal).

The movie is reportedly about a boy named Harley who spends his birthday with his family at a taping of The Banana Splits TV show, only to find himself in an unexpected murder plot of some sort.  The fact that Syfy didn’t go for a Sigmund the Sea Monster/Sharknado cross-over is beyond me, but we’ll all have to wait and see how bad this one turns out.

The “blink-and-you’ll-miss-it” film is being produced by Warner Brothers Television Group’s Blue Ribbon Content and will shockingly enter the home entertainment market before premiering later this year on Syfy.

Check out this Liz Phair cover of The Banana Splits theme song below and start setting your DVR now for what will undoubtedly prove to be one of the cinematic triumphs of the year.