The writer/director took to Twitter this weekend to announce that his new film for Universal Pictures is entitled Old, as reported by Deadline. The release date for this shrouded-in-secrecy thriller–part of a two-picture deal Shyamalan has with Universal–has been set for July 23, 2021.

In his tweet, Shyamalan posted a photo of himself at work, holding his film slate (and wearing a face mask, of course) with the message: “Feels like a miracle that I am standing here shooting the first shot of my new film. It’s called Old.”

Feels like a miracle that I am standing here shooting the first shot of my new film. It's called Old. #OldMovie @OldTheMovie pic.twitter.com/hth8jUum8K

Included in the post was a striking black-and-white poster showing people–instead of sand–tumbling as if in an hourglass, complete with the text: “A new trip from writer/director M. Night Shyamalan” and the release date. The tagline for the film is appropriately enigmatic: “It’s only a matter of time.”

Shyamalan is on board, as usual, to write and direct, and will act as producer alongside Ashwin Rajan and Marc Bienstock. Steven Schneider will serve as executive producer.

Plot details are scarce–as with all Shyamalan projects–but, according to collider.com, Old is inspired by the French graphic novel Sandcastle, by writer Pierre Oscar Levy and artist Frederik Peeters, that deals with a corpse discovered on a beach, a signal that unnatural happenings are afoot. 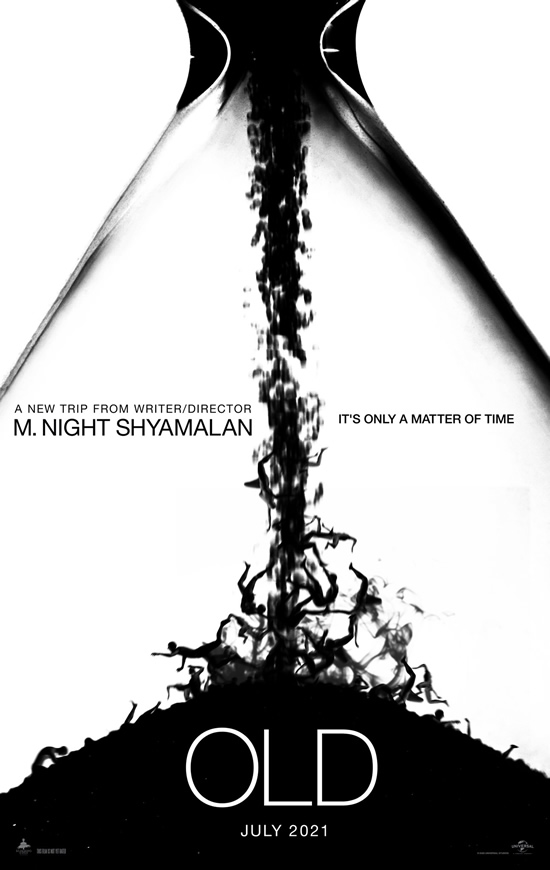