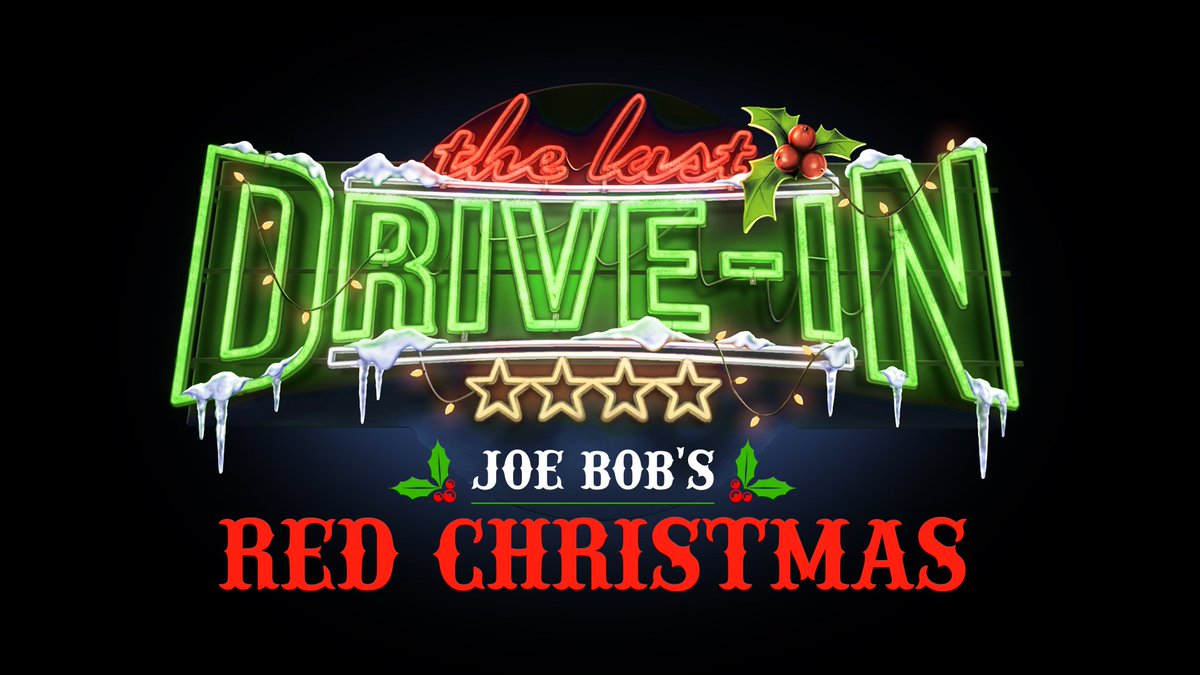 The horror host with the most, Joe Bob Briggs, returns to Shudder on Friday, December 13 with an all-new Last Drive-In Special, appropriately titled for the holiday season as Joe Bob’s Red Christmas.  The triple feature will stream live at 9 p.m. (and it will also be made available on demand later in December, just in case your own holiday festivities get in the way).

Briggs is ready to kick off the Christmas horror, stating that “Every Christmas we try to get that perfect mix of movies the whole family can watch, plus movies that will cause every family member except dedicated horror fiends to run screaming from the room. That’s because we realize that Christmas celebrations can go either way. We think we’ve achieved that balance with Joe Bob’s Red Christmas , combining the cult, the classic and the bizarre in a holiday stew designed to keep you reaching for the egg nog or equivalent, and to keep Aunt Shirley complaining about your choices. In between the films we have holiday hijinks that are frankly embarrassing, because that’s also what Americans do on Christmas”.

According to the official press release, “The Last Drive-In with Joe Bob Briggs began in July 2018 as a one time, dusk-to-dawn-to-dusk, 13-movie marathon.  It was intended to serve as a curtain call for Briggs, who first came to prominence hosting B-movies on The Movie Channel and TNT in the ‘80s and ‘90s. The marathon proved so popular that Shudder brought Briggs back—first for two, four-film specials, Thanksgiving Day’s Dinners of Death and December’s A Very Joe Bob Christmas —and, in March 2019, for a nine-week season of The Last Drive-In Friday night double features.”

The Last Drive-In series is scheduled to return for its second season in 2020, but no official dates have been announced as of yet.

Be sure to stay tuned to Horror News Network for upcoming The Last Drive-In announcements.