Hell could be right around the corner.

Revealer–a new film described as an “apocalyptic horror”–lands on Shudder next month, and a graphic trailer and striking poster were released this week. Check them out–courtesy of JoBlo.com–on this page.

Revealer–set in Chicago in 1987–follows Angie Pittarelli (Caito Aase), a dancer at the Revealers Bookstore peep show booth, as she deals with the fact that her boss has just been killed in an uprising outside the store, “leaving her trapped in the booth, unable to escape,” according to the synopsis.

Even worse, Angie discovers that Sally Mewbourne (Shaina Schrooten), “an overzealous religious protester that enjoys harassing her, is hiding out in the booth next to hers. Sally, in a panic, claims the Rapture has come and the apocalypse has started.”

With nowhere left to turn, Angie and Sally must put aside their differences “and come together to fight this unknown evil–navigating the treacherous bootlegger tunnels below the store to survive the unthinkable.”

Boyce said Revealer is “wild and scary, but also heartfelt and emotional. It’s a horror-filled call for connectedness, and we are excited to have teamed up with Shudder–the perfect home to share it with the world.”

Keep reading Horror News Network for the latest on Revealer on Shudder. 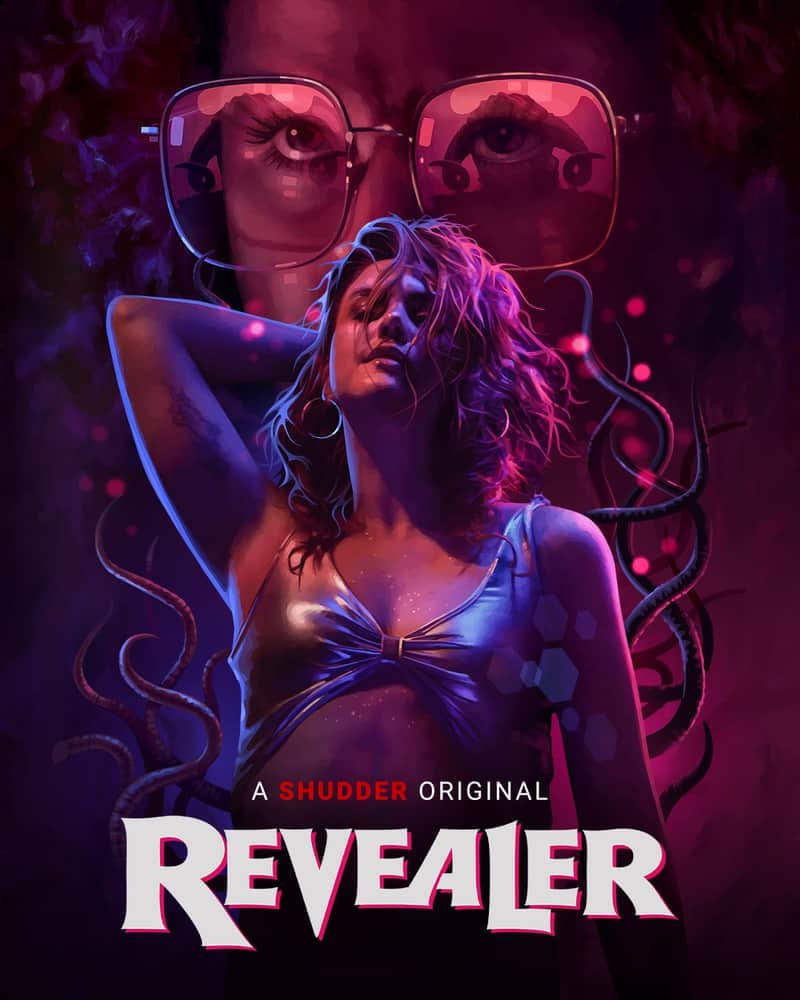