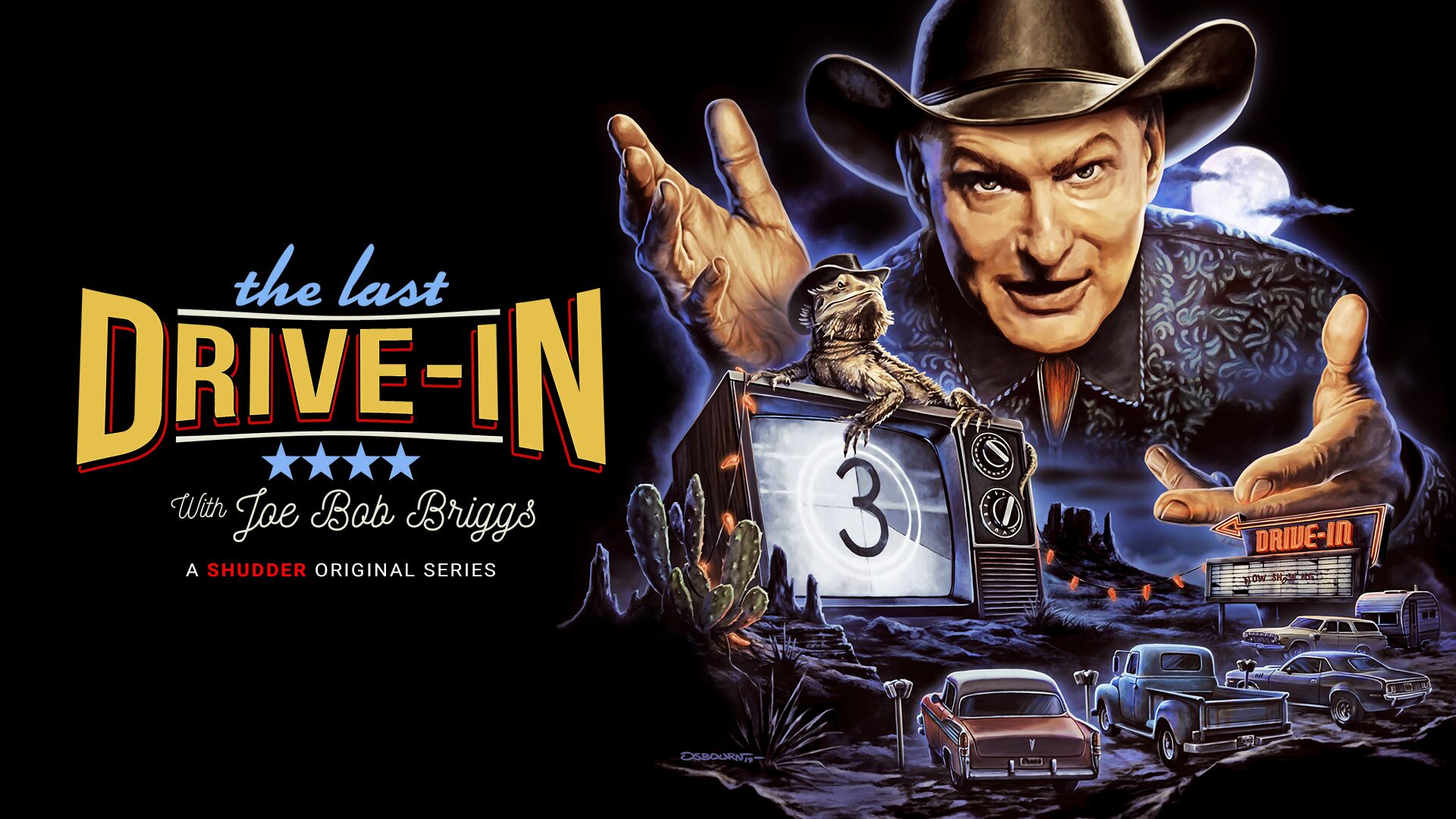 It looks like Joe Bob Briggs’ retirement will have to wait a little longer, as Shudder announced today (via an official press release) that they have renewed The Last Drive-In with Joe Bob Briggs for a second season.

Shudder General Manager Craig Engler was happy to lock up the horror host for another year, stating that he knew “From our first marathon and subsequent specials in 2018, through this year’s series, Shudder members have been loud and clear: we can never have too much Joe Bob. We have read every tweet, every email, and every Facebook comment crying out for more. Message received. Joe Bob will be back.”

Briggs is also happy about returning, saying “It hasn’t even been a full year since the 24-hour Last Drive-In marathon, but since then I’ve made thousands of new friends and reconnected with thousands of old ones.  The main reason I’m coming back to do another season is that this community of horror fans is greater than the sum of its parts, and it’s about something larger than horror. Don’t ask me what that thing is, but it’s a source of great joy to me.”

The program will continue to broadcast live and will also feature a weekly double feature format that has featured a wide range of surprises, “…encompassing everything from classics to obscurities and foreign cult offerings.”  Briggs also brought on some guests in season one such as Castle Freak star Barbara Crampton and Henry: Portrait of a Serial Killer’s director, John McNaughton.

No dates have been announced for the start of the second season, but stay tuned to Horror News Network for further updates.