A Shudder original film–one that blends horror with the lush landscape of Ireland–will debut next month as part of the streamer’s Summer of Chills.

Caveat–described as “creepy as hell”–will premiere on Shudder June 3, as reported by cbr.com. A trailer for the supernatural chiller can be viewed on this page.

This film–the feature directorial debut for Damian McCarthy–was shot in Cork, Ireland and has been singled out for its slowly building tension and spooky interiors–reminiscent of some Evil Dead entries.

The thriller follows a drifter, Isaac (French), who lands a job looking after his landlord’s niece, Olga (Sykes), for a few days in a house on a remote island. Easy enough–but there’s one catch. A caveat, if you will. Isaac must wear a leather harness and chain that restricts his movements to certain rooms of the house. Like, that wasn’t a tipoff?

When Olga’s uncle, Barrett (Caplan) leaves, “a game of cat and mouse ensues as Olga displays increasingly erratic behavior and a trapped Isaac makes a series of horrific discoveries in the house,” according to the synopsis. Discoveries that lead him on a path of “twists and turns to an unforgettable resolution.”

Keep reading Horror News Network for any updates on Caveat and on all future horror entries from Shudder. 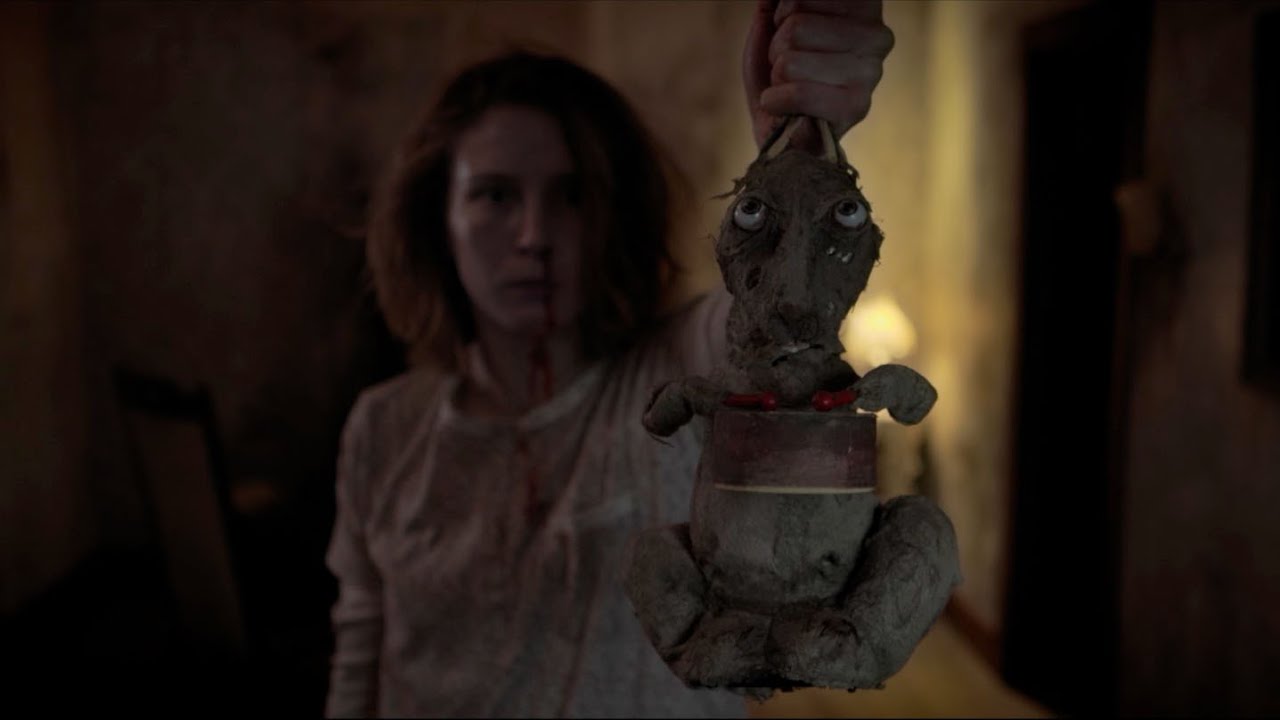