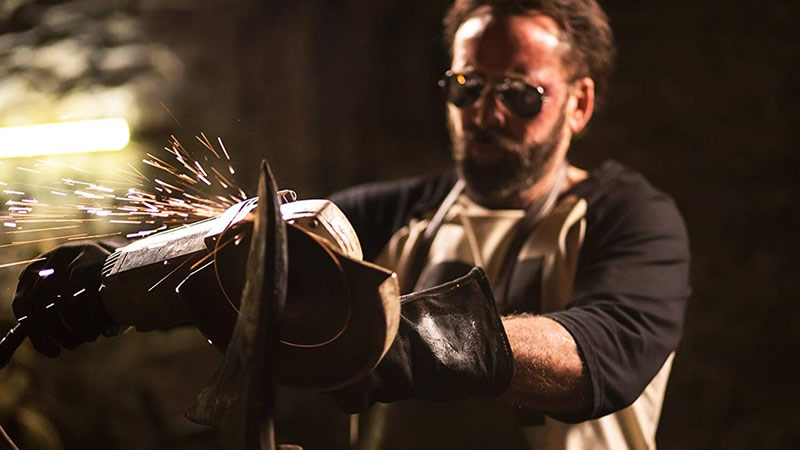 Shudder announced today that they have become the exclusive streaming home for Mandy.  The film has received generally positive reviews and currently holds a 94% rating on the review aggregator website Rotten Tomatoes.

Mandy tells the tale of Red Miller and Mandy Bloom as their peaceful life is shattered by a sadistic cult. Nicolas Cage stars in the visually pleasing film directed by Panos Cosmatos.

Craig Engler, General Manager of Shudder, said: “We were blown away by Mandy at Sundance and immediately knew we had to get this mind-bending masterpiece, which features an absolutely astonishing performance by Nicolas Cage, exclusively for Shudder members. We can’t wait for our members to see it”.

Mandy premiered back in January at the Sundance Film Festival and was released on VOD and select cinemas on September 14, 2018.

Keep it tuned to Horror News Network for more news on Mandy.