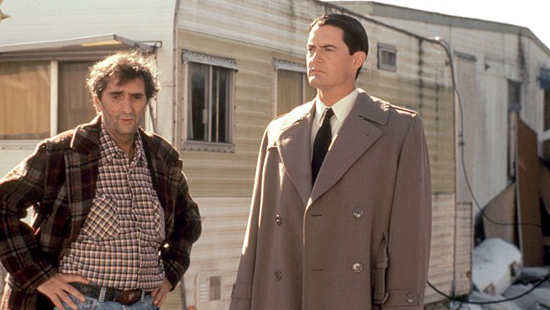 Showtime’s ‘Twin Peaks’ revival is back on according to David Lynch. He announced via his Twitter account “Dear Twitter Friends, the rumors are not what they seem ….. It is !!! Happening again. TwinPeaks returns on SHO_Network.”  Lynch had previously had a disagreement with on salary and budget issues and left the project.   There will be more than nine episodes and Lynch will be directing all of them, according to Showtime.

Showtime president David Nevins said “This damn fine cup of coffee from Mark and David tastes more delicious than ever. Totally worth the extra brewing time and the cup is even bigger than we expected. David will direct the whole thing which will total more than the originally announced nine hours. Preproduction starts now!”

Showtime was prepared to bring back the series without Lynch, with a deal in place with co-creator Mark Frost and star Kyle MacLachlan, but held out hope that Lynch would come back on board.  Following his leaving the project last month, the cast teamed up for a video in support of Lynch that went viral, along with a SaveTwinPeaks campaign.