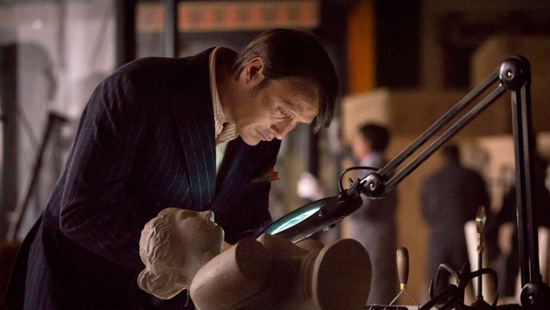 After the ‘Hannibal’ cancellation announcement came Monday, fans quickly started “SaveHannibal” campaigns on social media and petitions for streaming services to pick up the show. Much to the relief of Fannibals everywhere, Showrunner Bryan Fuller spoke to The Hollywood Reporter in depth about the possible future of the series.  He confirmed that he is shopping the series around and that there has been interest in it from a few different parties.

In talking about possible venues he said “I know we wouldn’t be able to do, for instance Netflix because our deal with Amazon precludes a Netflix component. So it’s not a good deal for them to make even though they’ve been so kind in terms of their enthusiasm for the show. The contract limits what they could do with it. The studio is talking with other venues to see how serious their interest is.”

Fuller seems to be leaning towards Amazon as the best possibility thus far, saying “Amazon makes the most sense, honestly, because they have been great partners with us for three seasons and we are exclusively streaming on Amazon. It feels like they have the interest in the program.”

Fuller also discussed the reason behind the cancellation of the show saying “It’s a pretty cut and dry mathematical cancellation. We were a 0.5 [adults ages 18-49]! So no other factors were necessary!”

He dismissed the rumor about the Clarice Starling character as an issue in the decision by NBC, explaining “Clarice wasn’t in the plan for the fourth season. It’s much cooler actually. The plan for Clarice would be season five.”