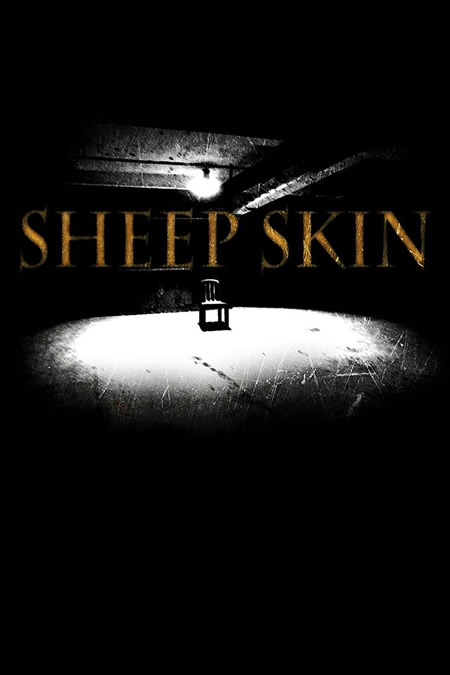 Synopsis: Sheep Skin is a gritty, realistic take on the werewolf sub-genre.  It asks the question: “What would you do if you actually thought someone was a werewolf?”

Cheating husband, Todd is suspected of being a werewolf after Caitlin, Nathan’s sister and woman whom he was cheating with, is killed in a animal attack. Nathan and his friends kidnap Todd and interrogate him for the majority of the film. The story unfolds as Todd explains the evidence he has put together that point to Todd being a werewolf, which he adamantly denies. Even though Nathan has his doubts, he remains firm in his belief that the evidence proves his theory. Nathan’s plan is to keep Todd tied up that night until the full moon rises so they can see for sure if he is indeed a werewolf and kill him if he is.

The story is dialogue driven, which makes it unique compared to a lot of films today. Classic horror film fans will particularly appreciate this film, with its use of intellectual story telling over flashy effects. The practical effects, specifically the gore, are also a strong point of this film. The film makers are also careful not to show too much and leave some mystery for the viewer.

As a werewolf genre fan myself, I liked Sheep Skin a lot. Unlike a lot of horror films, it has an amazing storyline and well written dialogue. It takes a very realistic approach to the werewolf myth. Werewolf fans, classic horror fans and gore fiends alike will all appreciate Sheep Skin.