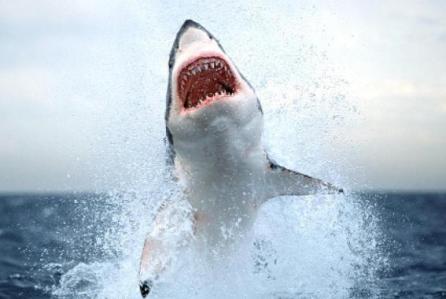 The title for the next installment in the ‘Sharknado’ series has been announced by Syfy.   It will be called ‘Sharknado: The 4th Awakenss!’ and will premiere Sunday, July 31 at 8 PM.   This one is set five years after the third film, and the world and Fin (Ian Ziering), along with his family, have been skarnado-free for the past few years.   However, sharknados have been poppiing up in unexpected places and unexpected ways.

Tara Reid is returning, as previously reported, to reveal the outcome of the April Lives/April Dies social media campaign.  David Hasselhoff and Ryan Newman are playing Gil Shepard and Claudia Shepard.   The film is being produced The Asylum again. Director Anthony C. Ferrante and writer Thunder Levin are returning as well.