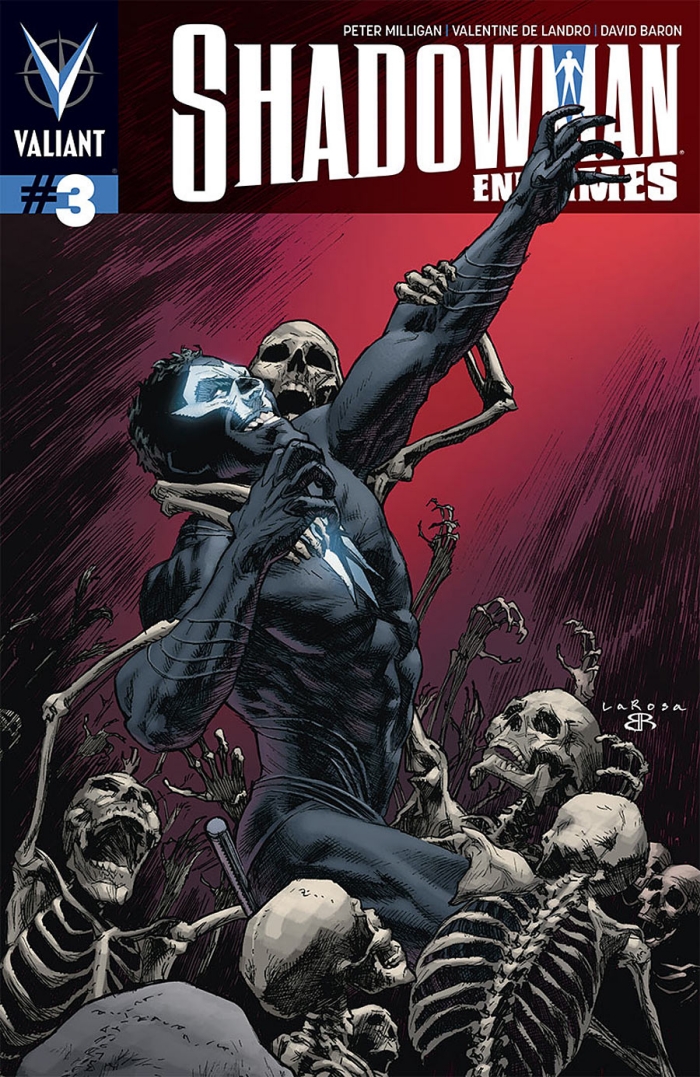 Valiant Entertainment has provided us a preview of the new Shadowman: End Times comic.

The curse of the shadow loa is a terrible cross to bear…and Jack Boniface is about to be crushed by it.

As an army of voodoo invisibles makes war on Shadowman, the tortured spirit inside Jack will begin to consume his soul – and force a final confrontation with his greatest enemy, Master Darque…once and for all.