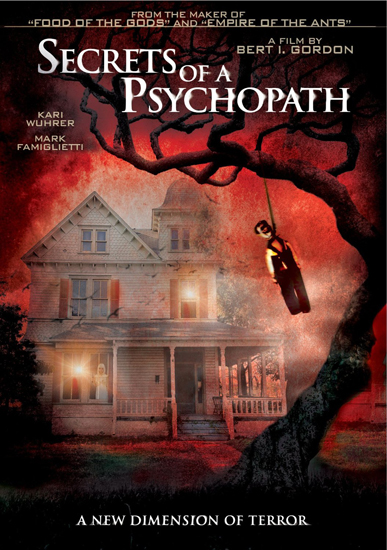 ‘Secrets of a Psychopath’ – Review

‘Secrets of a Psychopath’ – Review

Synopsis: Two siblings lure unsuspecting victims to their house through a dating site for games and slaughter. It’s “Psycho” meets the Craigslist Killer.

Our Thoughts: ‘Secrets of a Psychopath’ is centered around two very strange siblings who live in their parents old house. You know they are gonna be messed up when the story begins with a flash back of children playing with creepy dolls.

In an effort to overcome a sexual dis-function, caused by something he can’t recall from his past, Henry meets women online and attempts to have relationships. The result is always the same – him killing and torturing them with the help of his sister, dressed in old style children’s clothing as they dance and sing. Aside from that, the house seems to be haunted by children.

The story draws you in, as you wonder what happened to these two. The body count grows, as does their insanity. However, they get sloppy and the cops start looking for the killer. The “secret”  seems a little far fetched and didn’t entirely make sense to me, at least in terms of why it could cause Henry’s sexual dis-function.

Kari Wuhrer stands out as the disturbed sister Catherine. The story definitely has that “Psycho” vibe to it, but takes it a step further with the incest. It isn’t particularly gory, or scary, however the story keeps you watching. ‘Secrets of a Psychopath’ is a twisted little film that fans of serial killers stories may want to check out.