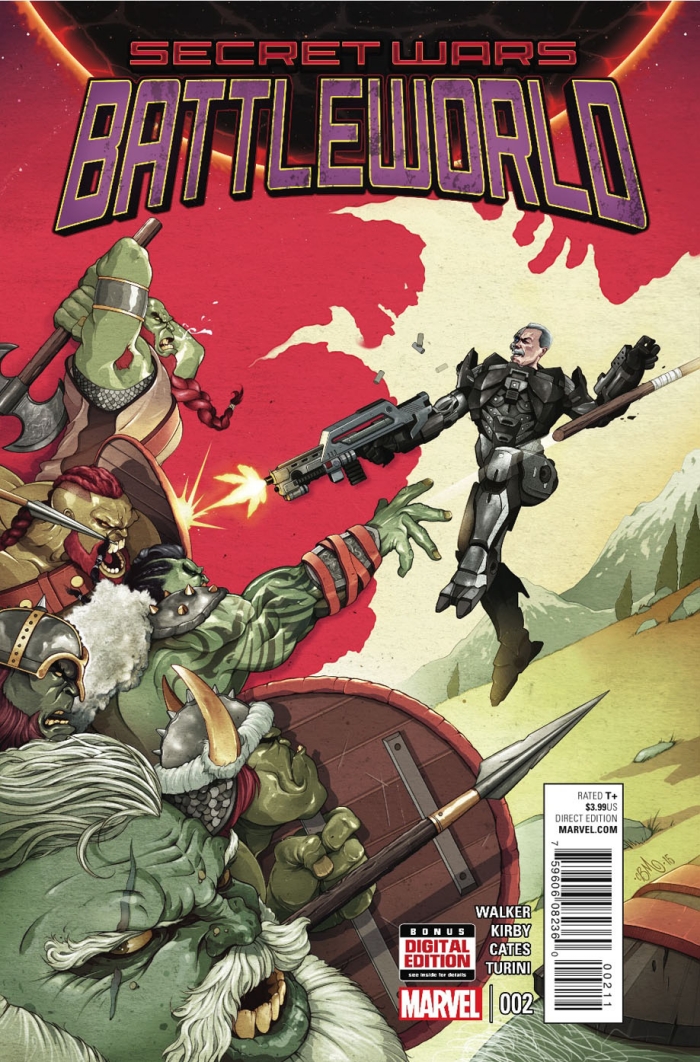 Marvel Comics has provided us a preview of the new Secret Wars: Battleworld comic.

Blade is on the trail of the dreaded Count Drakula, but not if Howard The Duck has something to say about it! (Spoiler: He Does!)

The death of his daughter has made gladiator Thaddeus Ross a true War Machine, but will he ever find vengeance in the ring or become the monster he hates?

Written by David Walker and Donny Cates
Art by JJ Kirby and Marco Turini
Covers by Chris B. Murray and James Stokoe