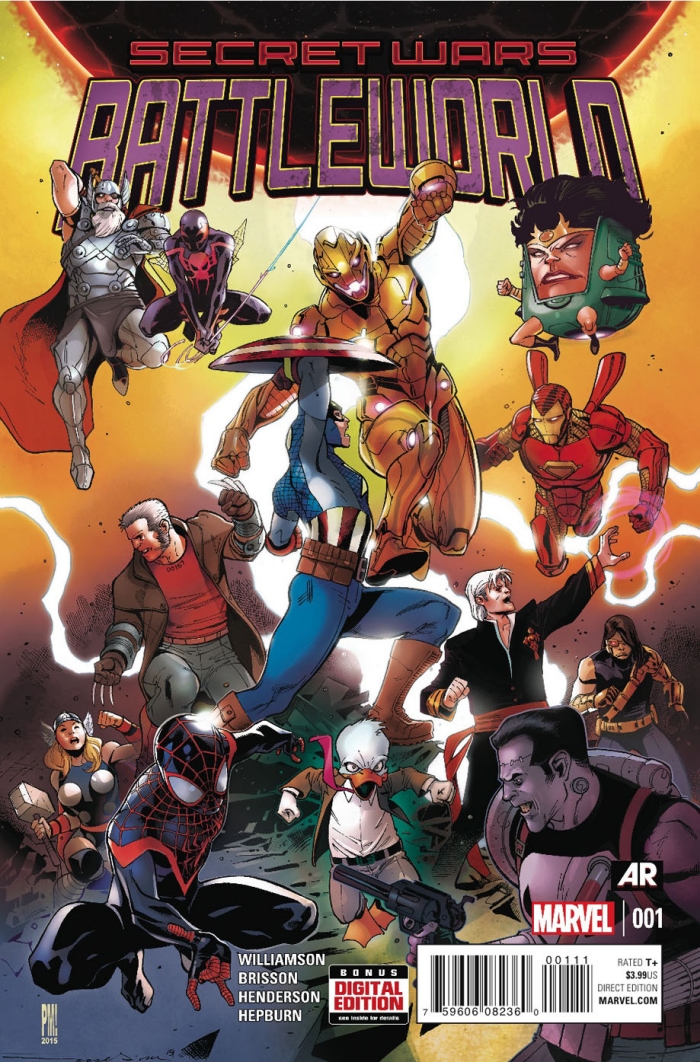 Marvel Comics has provided us a preview of the new Secret Wars: Battleworld comic.

When the Marvel Universe and the Ultimate Universe collide, there is only… Battleworld! Featuring the fights, battles and blow-ups that are just too big for Secret Wars!

When a Dr. Strange-possessed Punisher goes on the run, only Spider-Man, Wolverine, Hulk and Ghost Rider can track him down!