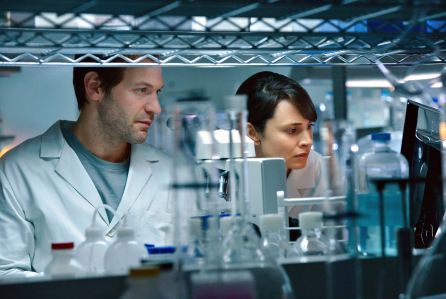 FX has announced the season 3 premiere date for The Strain.  The horror drama, from Guillermo del Toro and Carlton Cuse, will be returning for season 3 on Sunday August 28 at 10PM.

The story will pick up with New YorK City as a battle ground.    After being written off by the federal government, the people of the city are fighting for survival alone.   The Master is getting closer to transforming the world permanently.    Corey Stoll, David Bradley, Kevin Durand, Jonathan Hyde, Richard Sammel, Natalie Brown, Miguel Gomez, Max Charles, Ruta Gedmintas, Rupert Penry-Jones, Samantha Mathis and Joaquín Cosío star.