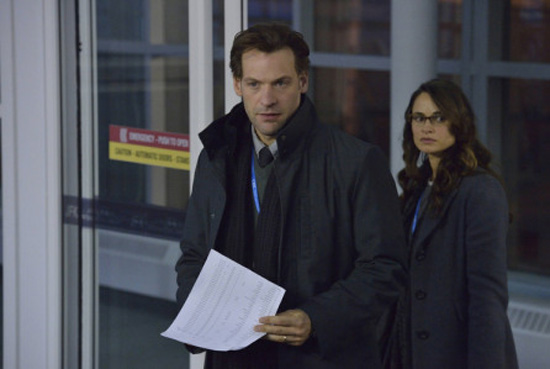 The second season of FX’s ‘The Strain’ is set to premiere July 12 at 10pm.   The series is based on Guillermo del Toro and Chuck Hogan’s best-selling “The Strain Trilogy”.  ‘The Strain’ is centered around NYC’s head of the CDC Canary Team Dr. Goodweather.   When the doctor and his team investigate a mysterious viral outbreak, they find that it has the hallmarks of an ancient, evil strain of vampirism.  Goodweather and his crew team up with New Yorkers to a wage war to save humanity as the strain spreads.  Season 2 unfolds as the transformation has begun and NYC is rapidly succumbing to the strain and no one is coming to rescue them. They must fight to live, or die at it’s mercy.

According to Nielsen and FX, Season 1 of ‘The Strain’ was the most watched new scripted show in 2014, on both basic and pay cable networks in adults 18-24, with 2.4 million viewers.  Carlton Cuse servers as showrunner, along with del Toro and Hogan who are co-creators, executive producers and writers for the series.  ‘The Strain’ is executive produced by Gary Ungar, J. Miles Dale, Bradley Thompson, David Weddle and Regina Corrado and is produced by FX Productions.