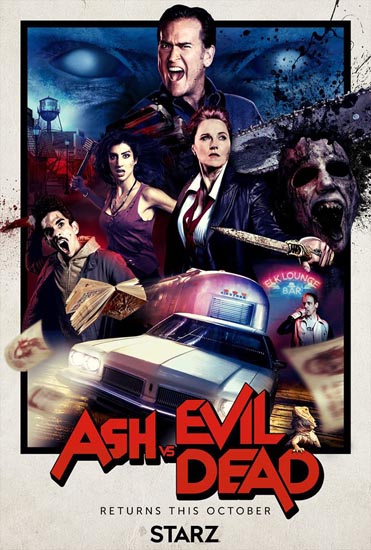 Season 2 of ‘Ash Vs. Evil Dead’ Premieres October 2 on Starz

Starz announced today that Ash Vs. Evil Dead will premiere October 2 at 8 PM and will have an extended episode.  The second season will run for 10 episodes and centers around Ash (Bruce Campbell), who is forced to leave retirement and once again face the Evil Dead. He will have to team up with his ex and former enemy  Ruby (Lucy Lawless) to save the town of Elk Grove.