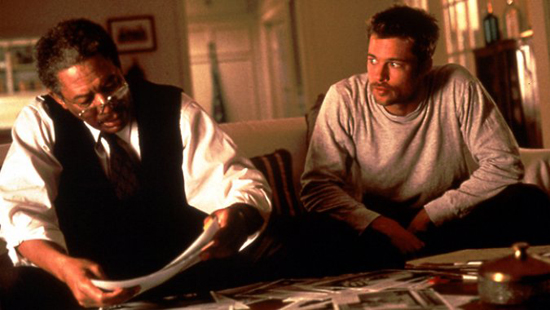 ‘Se7en’ screenwriter Andrew Kevin Walker’s upcoming film ‘Psycho Killer’ is getting backing from the German-based financing and sales banner 5K.  The serial killer thriller centers around an anonymous murdered who wears a mask and leaves a trail of victims, in a tribute to Satan, as he travels across the United States.

K5’s Oliver Simon and Daniel Baur said “Andrew’s pedigree as a writer is unparalleled for this kind of nail-biting thriller. Delivering a disturbing and powerful punch, Psycho Killer will come to be seen as one of the great cinematic inventions. It recalls the great villains of our nightmares, from Hannibal Lecter to Jason but also compels and gives us a sense of awe at his sheer power. We’ve no doubt that Gavin will deliver a truly exceptional thriller.”

Gavin Polone, who directed six episodes of ABC’s ‘Twisted’, is directing the film. He also has background in film productions, which include ‘Zombieland’ and ‘Panic Room’.