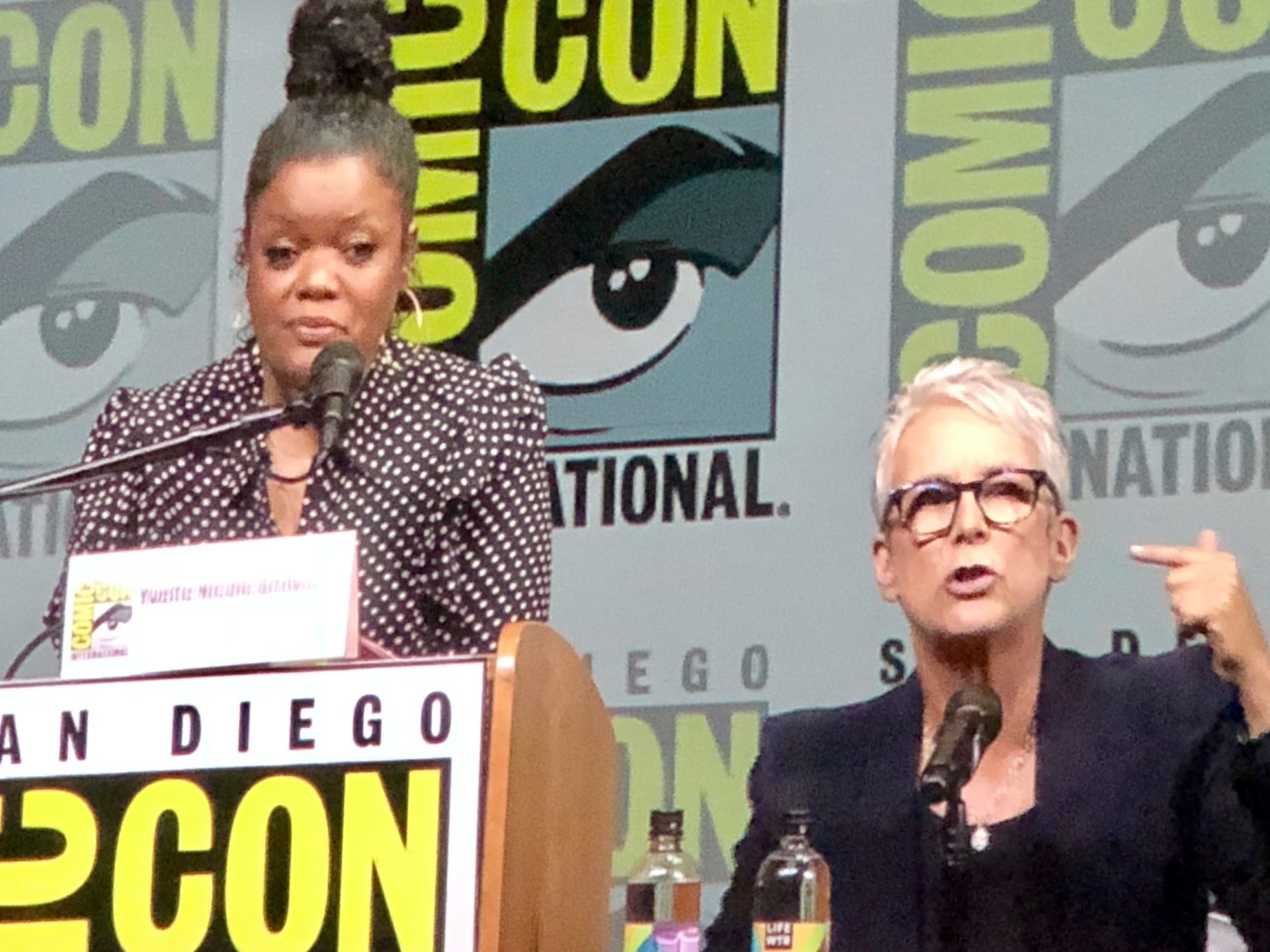 The San Diego crowd at Comic-Con was treated to an appearance by Jamie Lee Curtis promoting the new Halloween movie. The crowd was thrilled to see her and excited to hear about her feelings on her character, Laurie Strode. “I am not my trauma, the narrative of my life is that I am not a victim,” Curtis says of her character, “I am going to take back the legacy of my life” and that he wrote a movie that said “I am taking back my narrative!”. When asked how she spends her Halloween, she told us that no one comes to her house to trick or treat. She said “I just sit by myself, playing the music, watching the movie, and no one comes….” She also noted that “it is mind blowing” to be at Comic-Con announcing a new movie 40 years later.

In an interesting question and answer session, a male fan stood up and claimed that he was alive today because of Jamie Lee Curtis. He explained that he had a home invasion and thought about what Jamie Lee Curtis would do in such a situation and that is how he was able to get away from the threat. The re-telling of the story brought him to tears and Curtis left the stage to give him a hug and soothe him. It was an emotional moment for them both. 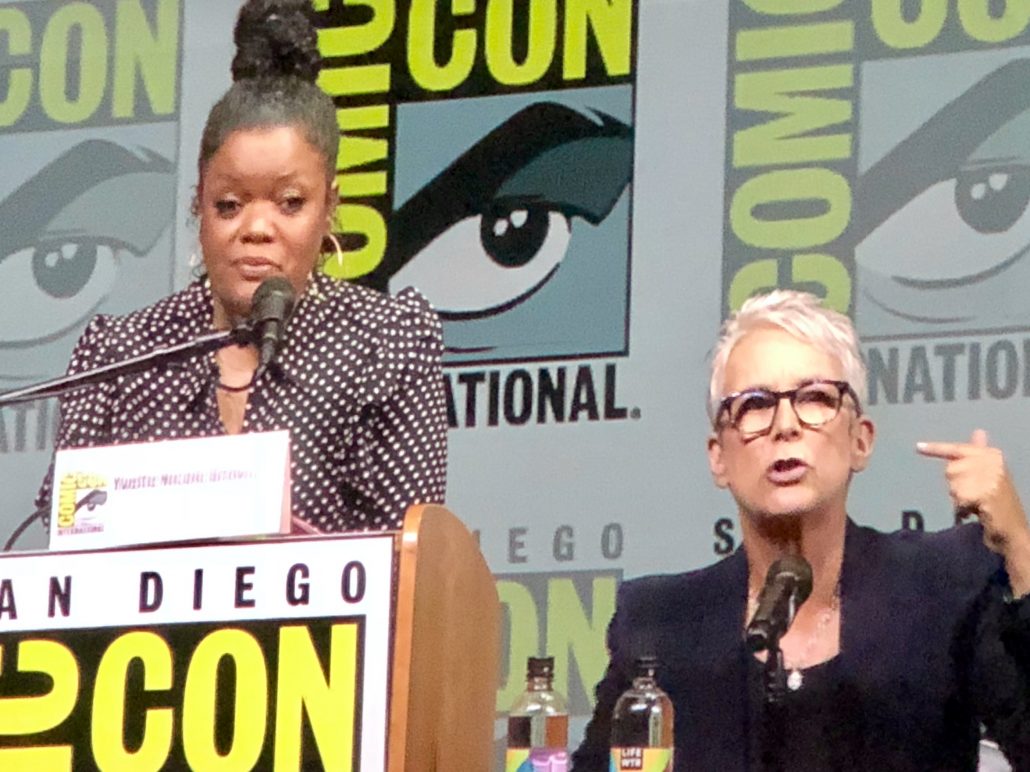 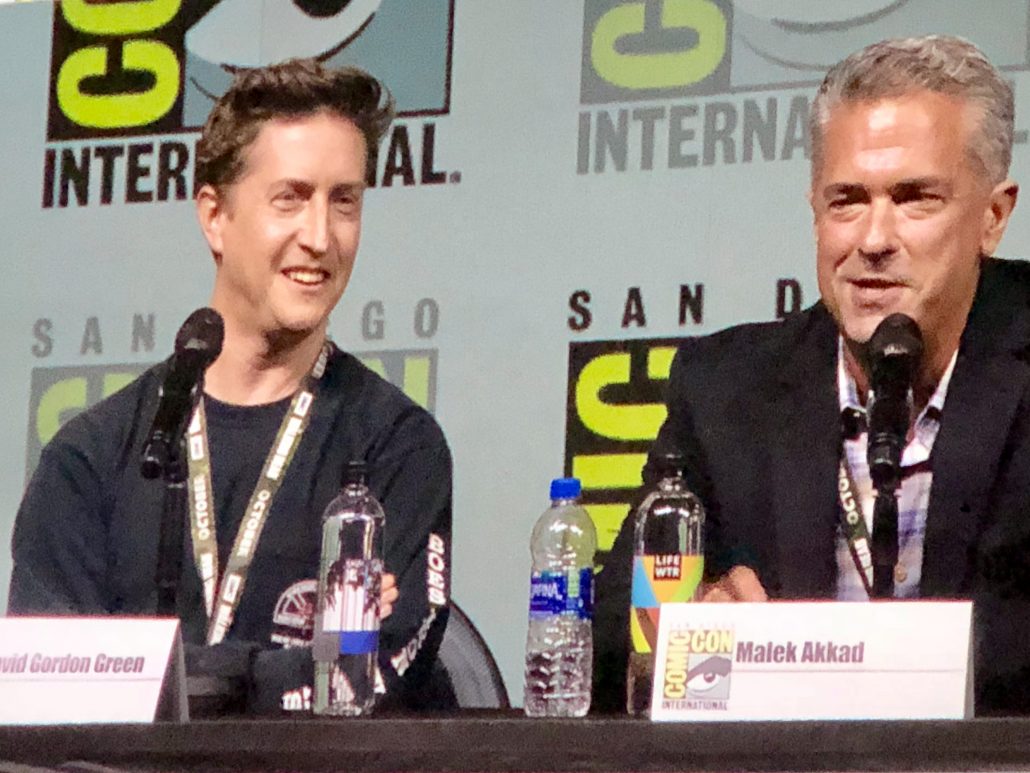 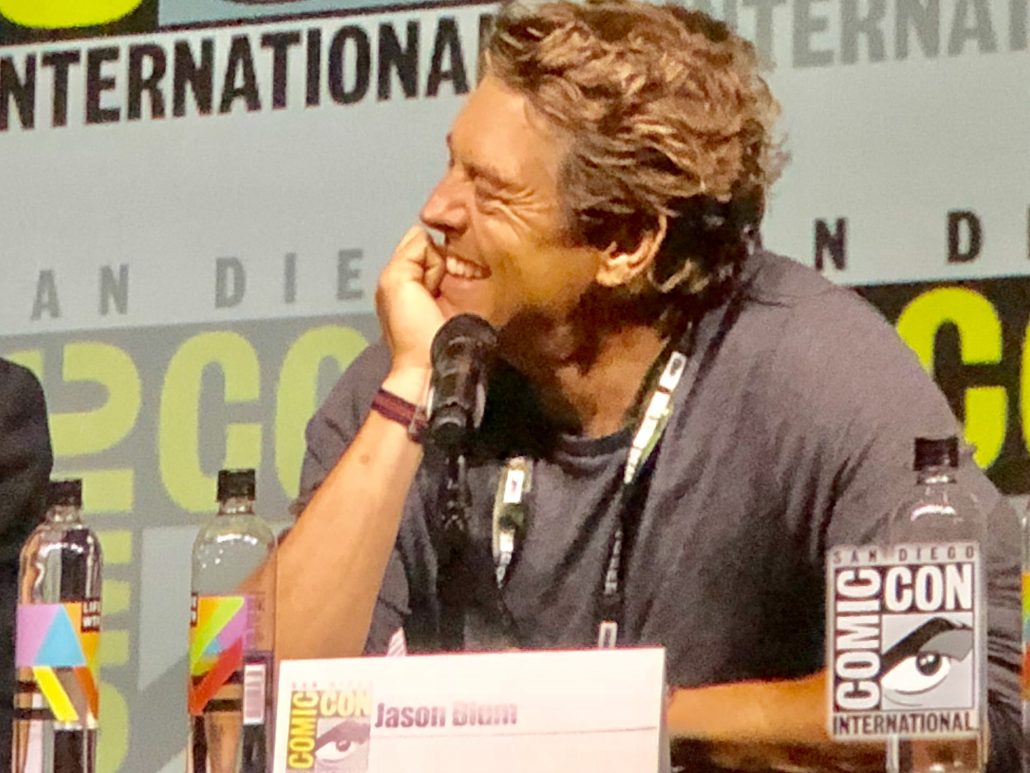 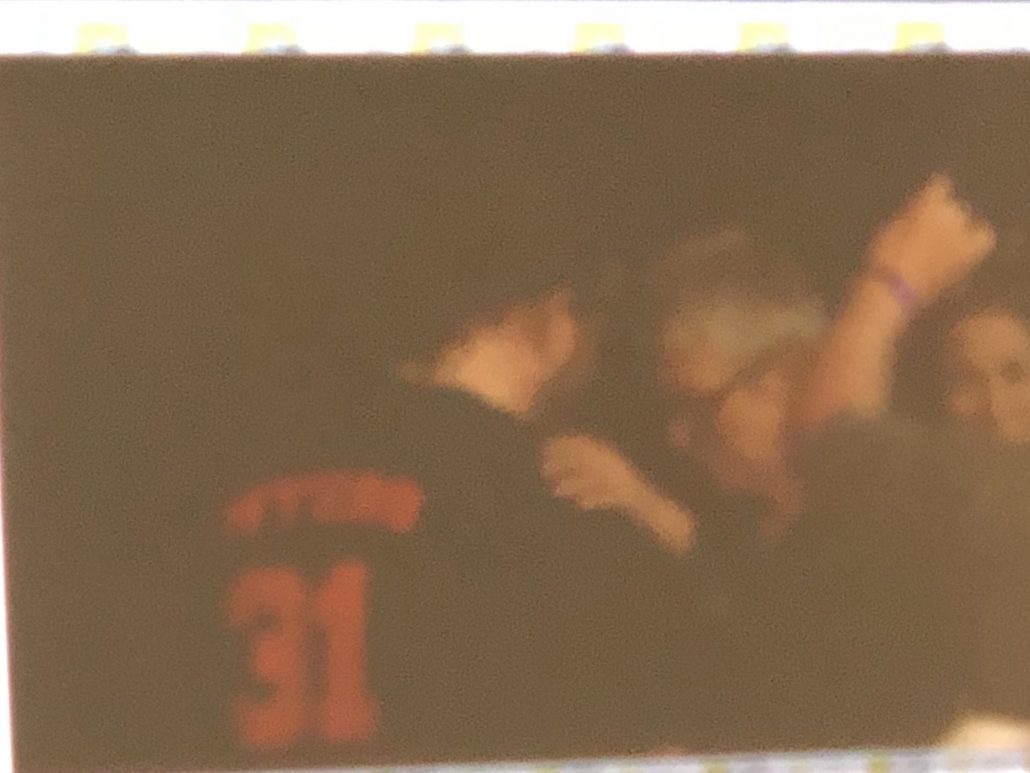