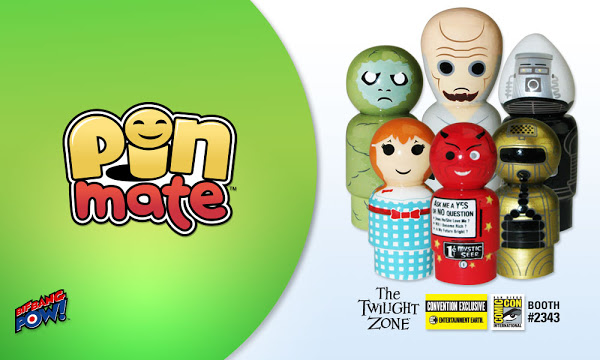 If you are a fan of “The Twilight Zone” (and who isn’t, really) and are going to SDCC, you will want to check out these sweet Pin Mate exclusives from Entertainment Earth. Entertainment Earth is a bit different than other vendors at SDCC in that they accept pre-orders for their exclusives and if they don’t sell out at the convention the company will then ship them to you giving non-attendees a chance to buy them other than on eBay.

Each figure showcases episode-specific characters, which are individually numbered within the series (included on the packaging as well as the bottom of each figure).

The figures are as follows:

Mystic Seer from “The Nick of Time” is number 1.
Gremlin from “Nightmare at 20,000 Feet” is number 2.
Kanamit from “To Serve Man” is number 3.
Uncle Simon Robot from “Uncle Simon” (represented by Bif Bang Pow! for the first time ever) is number 4.
Talky Tina from “Living Doll” is number 5.
Invader from “The Invaders” is number 6. 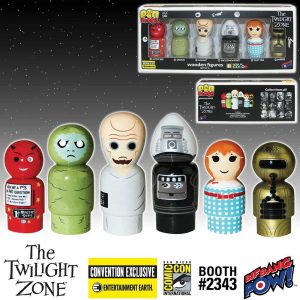