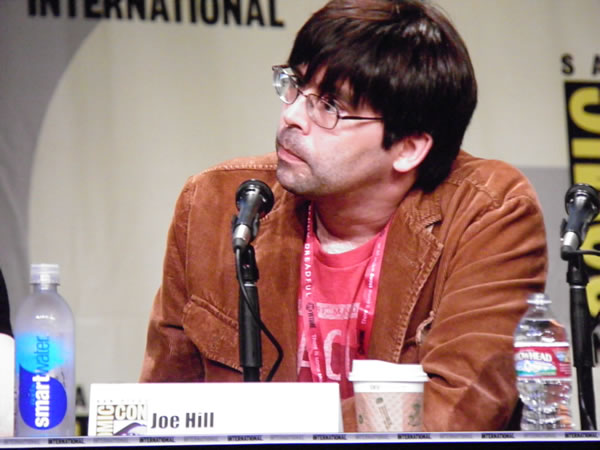 Welcome to Comic-Con, Danielle Radcliffe! In his first visit to SDCC, Radcliffe was there to discuss his role as Ig in the big-screen adaptation of Joe Hill’s “Horns.” A “Tragi-Come-Horridy” was the way that Hill chose to describe this film. We don’t often get horror in the large SDCC rooms, and Hill talked about how great it was to be in SDCC’s biggest room, Hall H, and remarked “Joss Whedon’s butt sweat once graced this chair” in an admirable way. Regarding doing ‘stunts’, Radcliffe took some driving lessons to drive the Gremlin because he doesn’t normally drive and doesn’t have a license.

It seems to say something about Radcliffe’s support of the movie that he came to SDCC for “Horns” while he never appeared for any of the “Harry Potter” films. A clip was shown that looks excellent. This movie will appeal to horror fans, of course, but should also draw in non-horror fans. Especially with Radcliffe on-board.