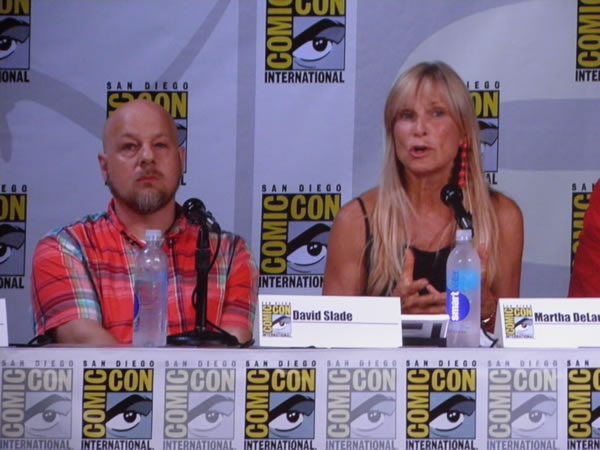 Many of the cast members were on hand to talk about the show and answer questions from the fans that were hungry for answers. Everyone was happy to know that Raul Esparza (Dr. Frederick Chilton) will be back in Season 3 despite being shot in the face. Eddie Izzard will also be in Season 3 as a flashback. When asked how the show could come together with “Silence of the Lambs,” Agent Clarice Starling may be a part of a presumed Season 4 dependent on coordination with MGM. When asked about if the darkness of the show continues onto the set, Scott Thompson said that it is easier to be light on the set on this type of show than a comedy. Are there any vegetarians working on the show? Yep! Teaser for next season: Italian food will be on the menu. Hint, hint!