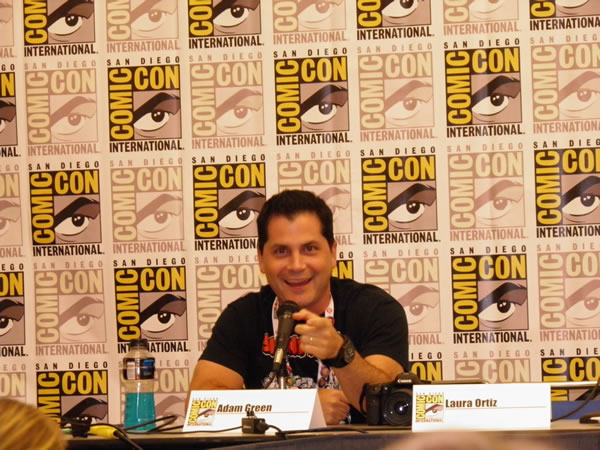 Stephanie Shamblin Gray and Brian Gray attended the Holliston panel at San Diego Comic Con on Thursday. Read below for the pictures and details.

Horror fan-favorite show Holliston closed out Day 1 of San Diego Comic-Con with one of the final panels of the day. Adam Green, Laura Otiz, Oderus Urungus and director Sean Becker were on hand to tell stories about the show and the frenzy that the Holliston Nation has created. Fans were treated to the world-premiere of Dyver Down's "Love it Down Your Throat" video, which will be available to all at the end of Season 3. Trust me, you want to see it. Although Dee Snider was unable to appear, Jesse Snider stopped in and was asked by Adam to give his FearNet introduction to the show. And did you know Holliston is huge in Korea? Always something new to learn at these panels! The whole cast was hilarious (Oderus, in particular) and very sincere in their appreciation of the fans. If you haven't seen this show yet, what are you waiting for?