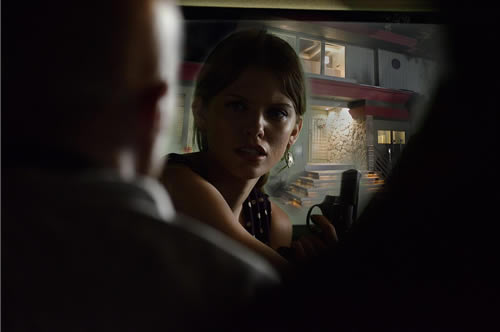 The Bard once wrote: “Hell hath no fury like a woman scorned.” Shakespeare, hang on to your plume because you’re about to meet Sadie… On February 4, 2014, Anchor Bay Films releases SCORNED, a story guaranteed to make any man eternally faithful! Directed by Mark Jones, director and writer of the cult favorite Leprechaun series, SCORNED will be available for an SRP of $29.99 for the Blu-ray™ and $24.98 for the DVD. It will be available On Demand across select cable providers and for digital download across iTunes, Xbox and VUDU.

Sadie (AnnaLynne McCord, 2nd Place, Fangoria Chainsaw Award for Best Actress: EXCISION) and Kevin (Billy Zane, TITANIC, BORDER RUN, BLOODRAYNE) have decided to spend a romantic weekend together at his lake house. But when an unexpected – and unfortunate – text from her best friend Jennifer (Viva Bianca, “SPARTACUS: War of the Damned”) to Kevin reveals a lurid love affair between the two, Sadie spirals into a hunger for revenge that is without mercy.

Created along the lines of MISERY and FATAL ATTRACTION, SCORNED is both a multi-dimensional study of a twisted, tormented character and a seductive thriller. It is the story of a woman overcome with a fury that is unheard of in heaven and unmatched in hell!