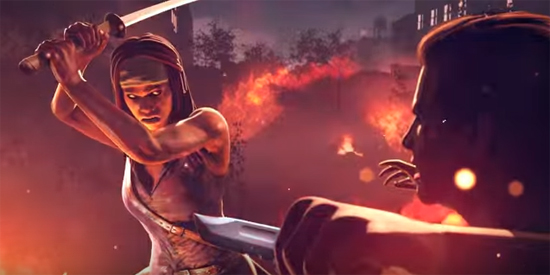 Scopely Announces Updates to The Walking Dead: Road to Survival

The newest update to Scopely’s worldwide hit game – The Walking Dead: Road to Survival – is available now on the App Store and Google Play. The update introduces Kingdom Rising, a new storyline opening up the world of Jesus, Ezekiel and Shiva, where players can join forces against the Saviors for the first time outside of the graphic novels. Players can unlock the fierce and loyal Shiva, the pet tiger of Ezekiel, as a playable character via the in-game “gacha” system.

Scopely is also introducing new gameplay features that expand and upgrade the experience with 3D Touch:

·         A quick press from the home screen brings up a menu to quickly access factions, the roadmap and raids.

·         A soft press on a character in combat brings up valuable character profile information. A hard press

·         A hard press on a farm or material post triggers immediate resource collection; a hard press on a character in the Enhance screen will select up to 10 characters with the same persona.

·         Players can hold the ‘+’ icon to stack items? in queue, and press harder to stack ? faster during item crafting and training.

The update also includes new survival upgrades such as a 30-Day Pass, which grants users access to currency and special rewards for purchase within the game. The pass will allow immediate hard currency rewards, double the daily allowance of hard currency once a day for 30 days. Passholders will receive a bonus mystery prize at the end of every month, kicking off with Rare Negan for this month.

Last but not least, Scopely has released a new “All Out War” trailer highlighting the highly-anticipated Negan to coincide with The Walking Dead season finale on Sunday night. You can check out the trailer here.

The latest update for The Walking Dead: Road to Survival is available for download now on Android and iOS.